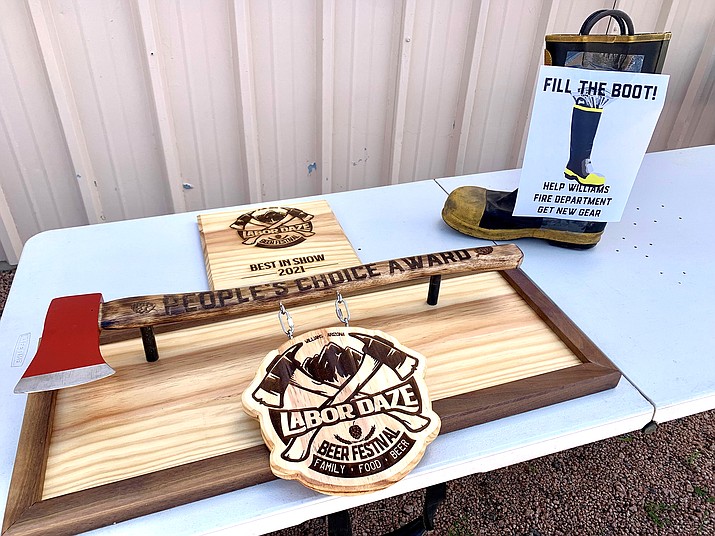 The first annual Labor Daze festival was held last weekend at the rodeo grounds. The festival, which brought vendors, food trucks, a mirage of bounce houses, fireworks and a beer festival to Williams was able to generate $6,622 for the all-volunteer Williams Fire Department.

The Williams Fire Department would like to thank the city of Williams and its residents for all of their support. We would also like to thank OHSO Brewery, Black Bridge Brewing, 12 West Brewing Co, Dragoon Brewing Company, Belfry Brewery and Lumberyard Brewing for the donation of their beer and time. Without their support we could have never achieved such a great first year event.

We would like to give a special thank you to Grand Canyon Brewing Company for orchestrating the beer festival and Peasley Ink for the donation of 200 Labor Daze T-Shirts, award plaques, trophies and memorabilia.

The Labor Daze Festival, which will now be an annual event, is already under planning for next year. We hope to secure 20 breweries for the beer festival, introduce a home brew competition, as well as increase the amount of live music, food trucks and vendors.

The event will again culminate with the best firework show in Northern Arizona.