All aboard for breast cancer awareness 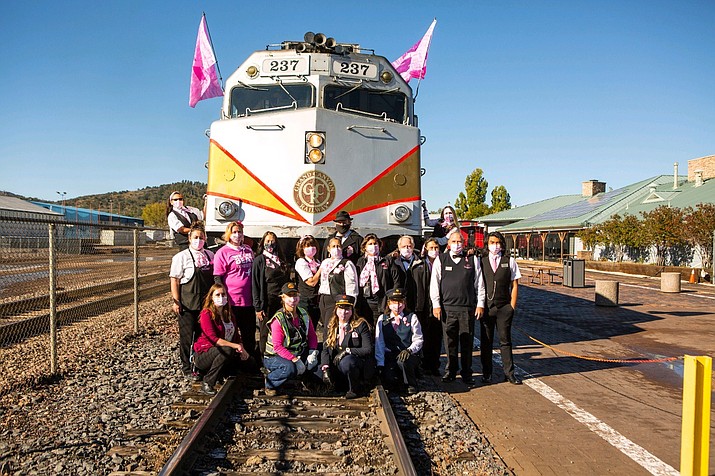 WILLIAMS, Ariz. — October is Breast Cancer Awareness Month, and to show their solidarity, businesses and individuals across the country wear pink.

On Oct. 13, Grand Canyon Railway employees donned pink to show their support — most of the operating crew onboard that day were female. 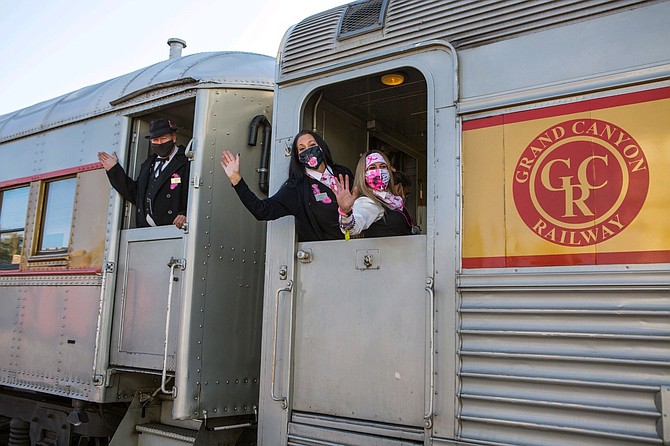 Breast cancer is a disease in which malignant (cancer) cells form in the tissues of the breast.

Breast cancer is the most common cancer in American women, except for skin cancers. It is estimated that in 2021, approximately 30 percent of all new women cancer diagnoses will be breast cancer.

There are over 3.8 million breast cancer survivors in the United States.

According to the National Breast Cancer Foundation, in recent years, perhaps coinciding with the decline in prescriptive hormone replacement therapy after menopause, there has been a gradual reduction in female breast cancer incidence rates among women 50 and older.

Additionally, death rates from breast cancer have been declining since about 1990, in part due to better screening and early detection, increased awareness and continually improving treatment options.