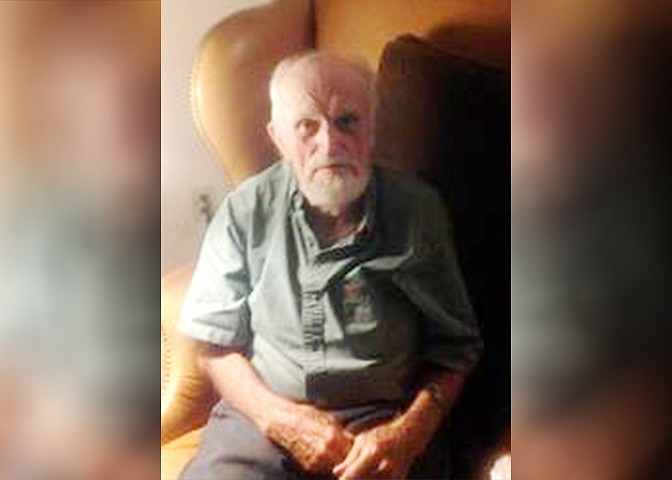 Clyde was born in Williams, Arizona on April 13, 1930 to Ethel and Clyde A. Polson. Clyde attended school in Williams and graduated from Williams High School. He entered the Air Force after high school where he served as an aircraft mechanic with the 20th Air Force based on Okinawa during the Korean Conflict. He attended the University of Arizona where he studied Engineering Geology. He worked at the Orphan Mine on the south rim of the Grand Canyon. He also worked for a short time with the U.S. Forest Service. In 1960, Clyde went to work for the Arizona Highway Department — from which he retired in 1988. He then worked several years for Speedie & Associates as a Construction QC before fully retiring. Clyde married Betty Louanna Bunney in 1961.

The Polson family came to Williams in 1892, and Clyde knew a lot about the local history. He served on the Williams Historical Commission for several years. He was an avid collector of antique bottles and coins. As a small boy, he started his ambition of being a collector by riding with Mr. Hiney Sorrell in the back of his horse-drawn wagon where they collected various items around Williams. Clyde took great pleasure setting up at the swap meet where he would sell and buy treasures. This was also an opportunity for him to visit with people - which he relished. He likewise enjoyed hunting and the accompanying fellowship with his family. Clyde was fascinated with science fiction, beginning when he was a boy.

He was preceded in death by his father (Clyde), mother (Ethel), his sister, Jean, and his wife, Betty. He is survived by his son, Loren, daughter, Shawna, son-in-law, Evaristo, and grandson, Evaristo, and nieces and a nephew.

Graveside services was held at the Williams Mountain View Cemetery Nov. 20 at 10 a.m.