Construction of a 20-acre coaster park and snow tubing hill is underway in Williams. The owners are hopeful for a December opening. (Wendy Howell/WGCN)

WILLIAMS, Ariz. - Owners of the Canyon Coaster Park currently under construction on the east side of Williams are hopeful for a December opening pending supply-chain disruptions.

“We aren’t promising, but we would like to be open by Christmas depending on containers showing up,” said co-owner Scott Towsley.”

Towsley said construction has been stop and go since March because of material shortages and supply-chain interruptions for the coaster track and snow tubing hill operation on the 20-acre property.

Owners were originally aiming for a late fall opening.

“We could have easily been done by Thanksgiving if we had all our parts,” he said. “But when the stuff would finally show up we were under the gun.”

Despite the setback with materials, Towsley said construction has been progressing. 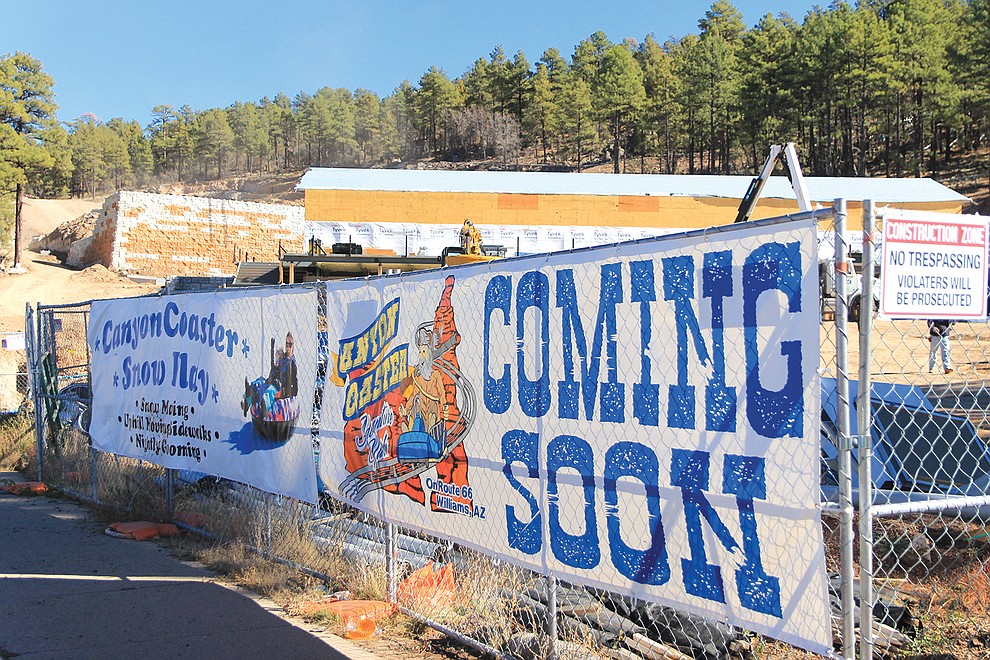 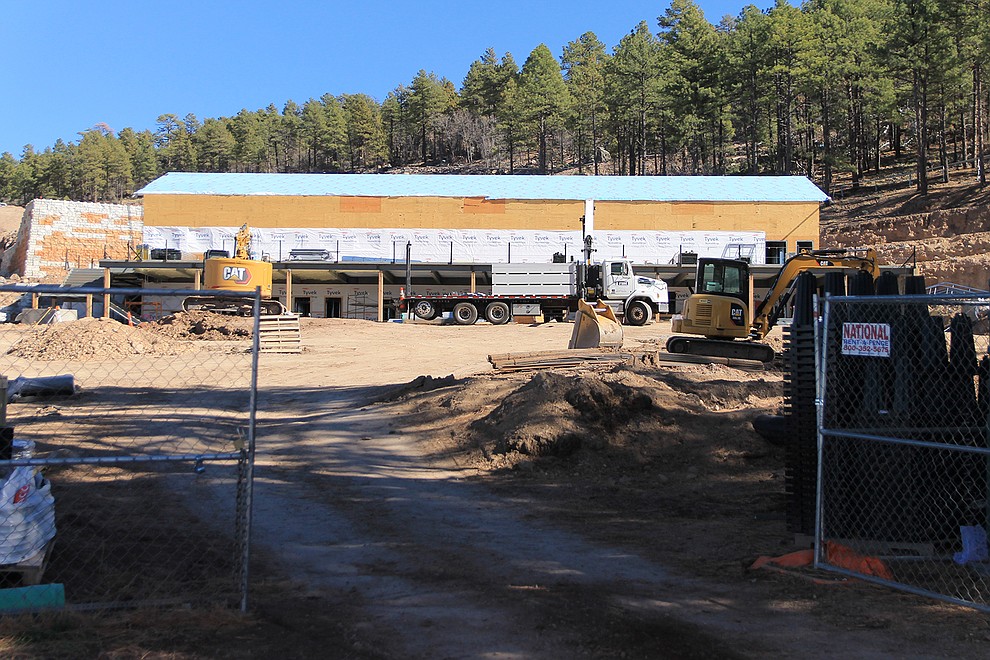 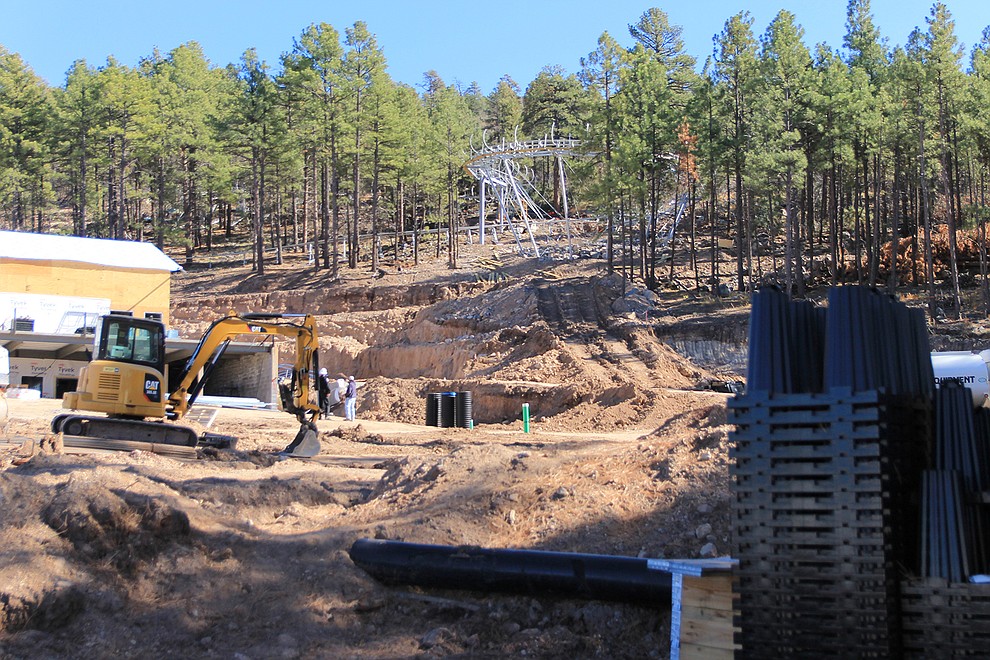 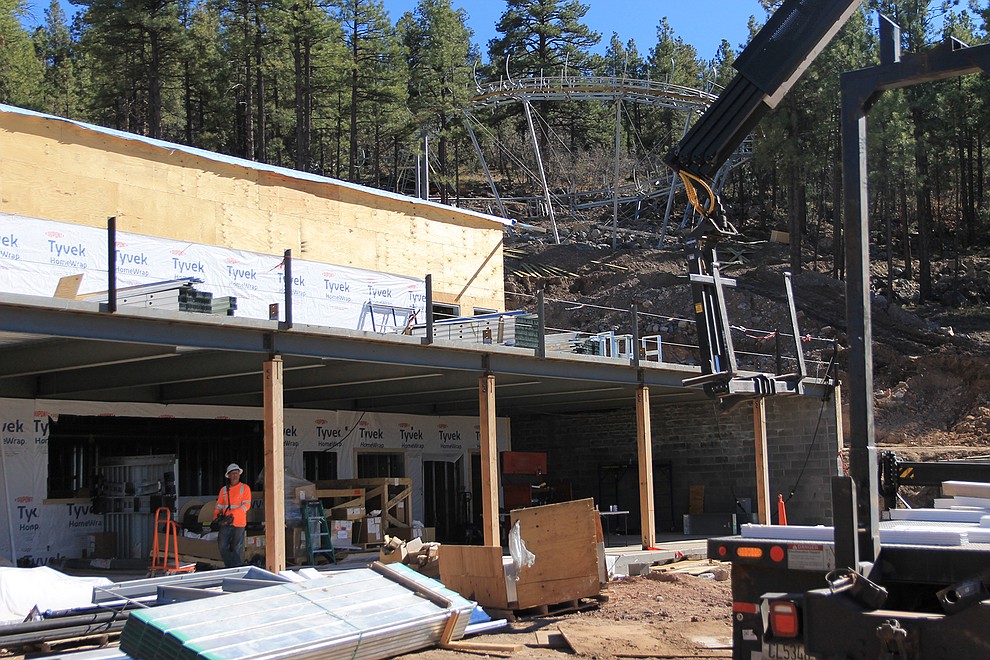 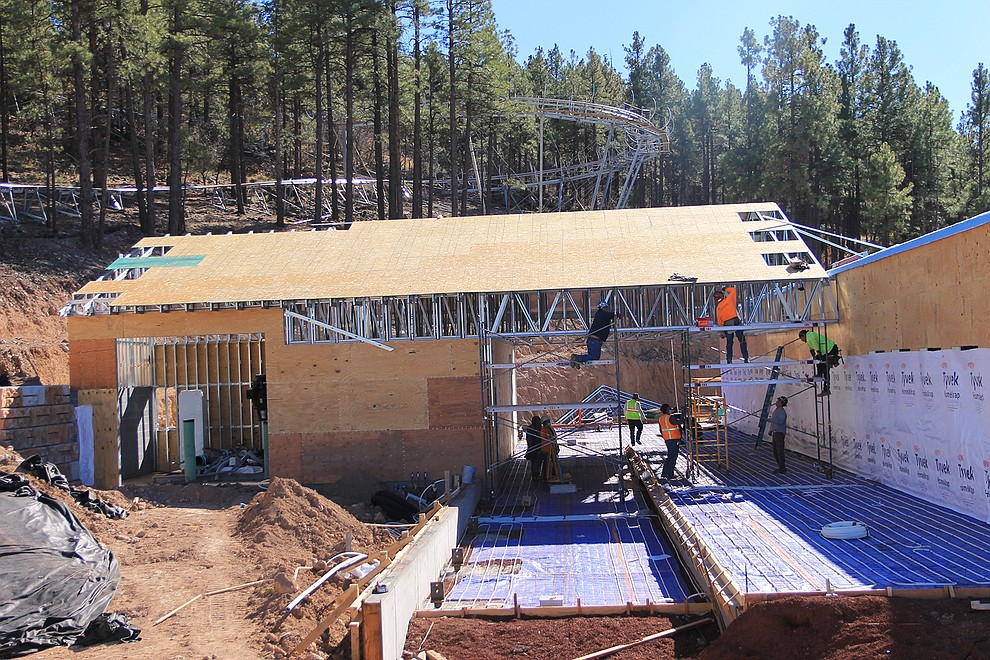 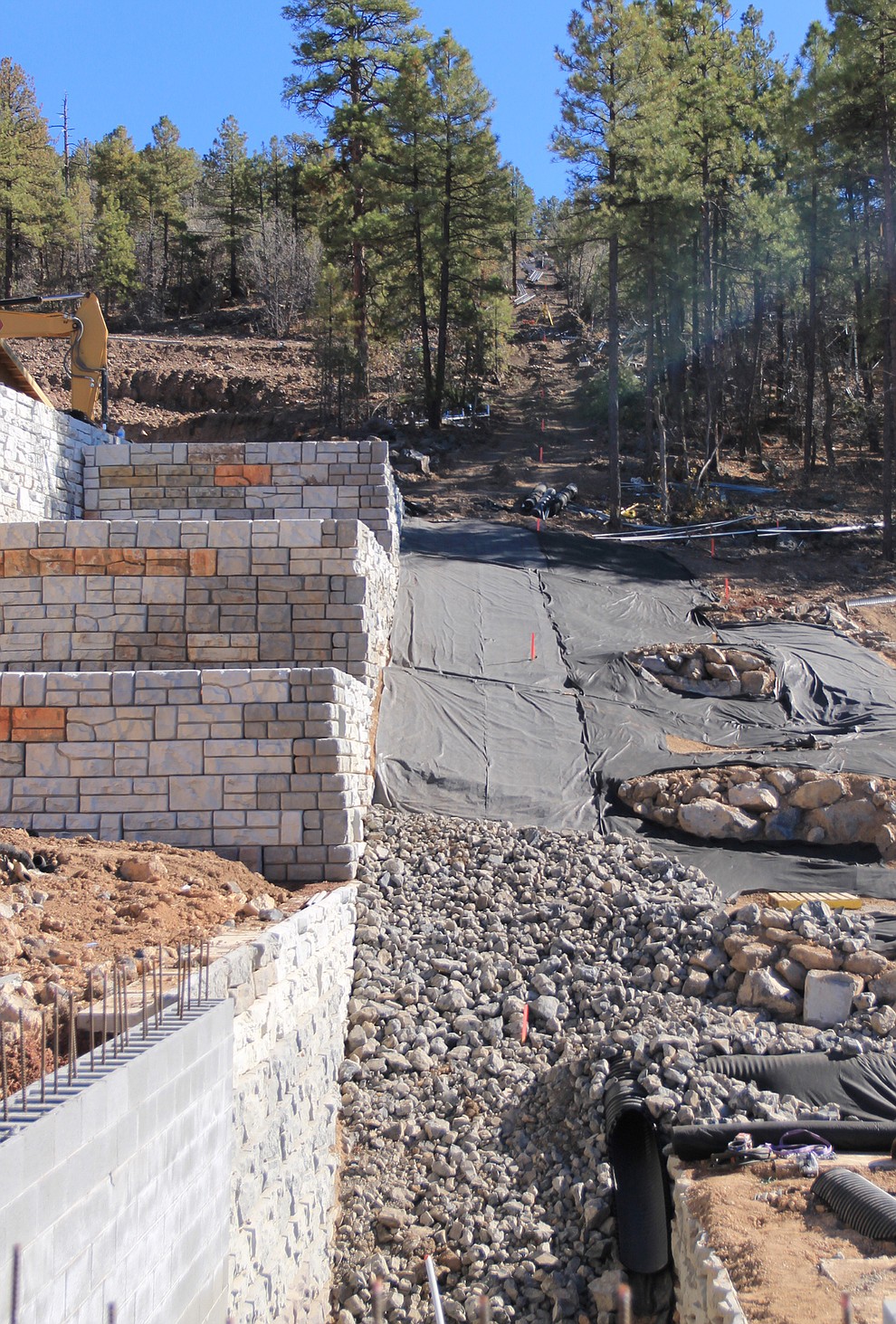 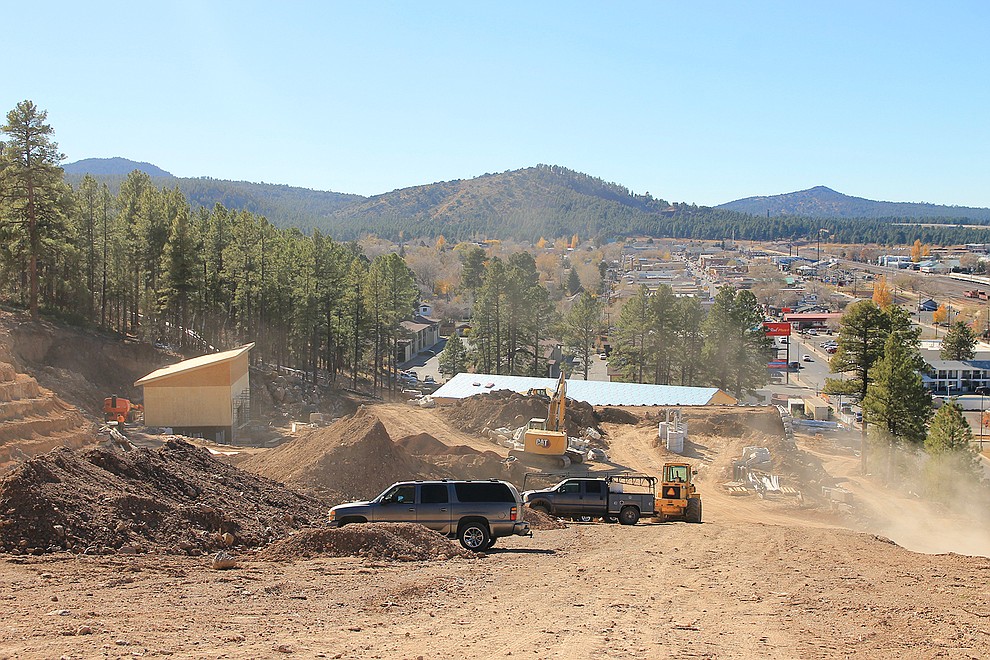 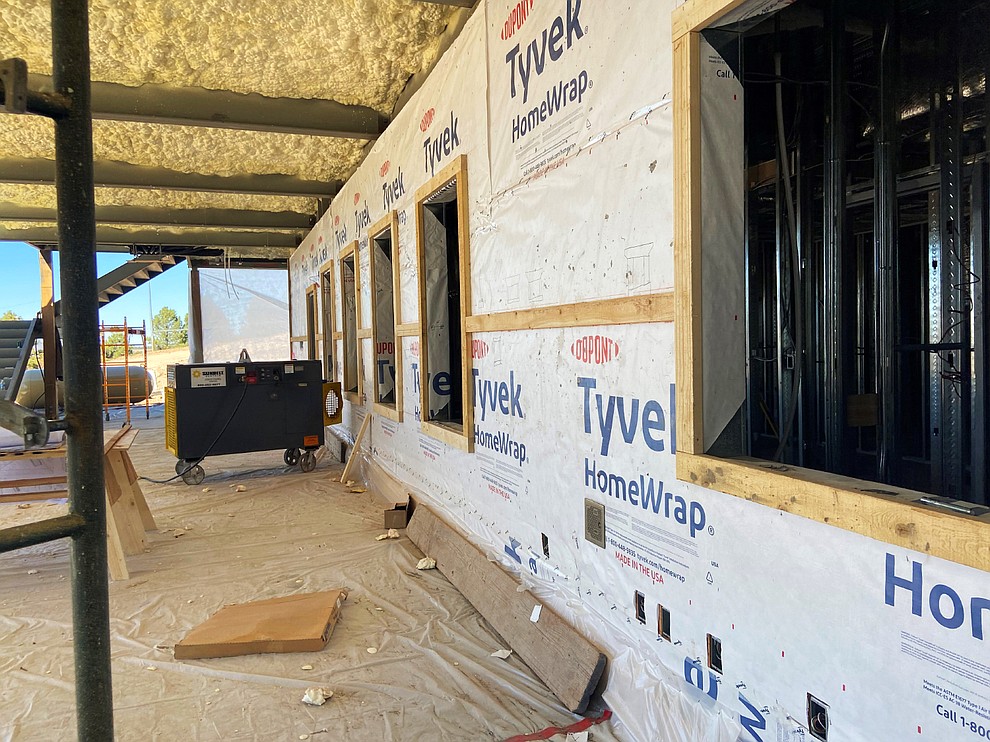 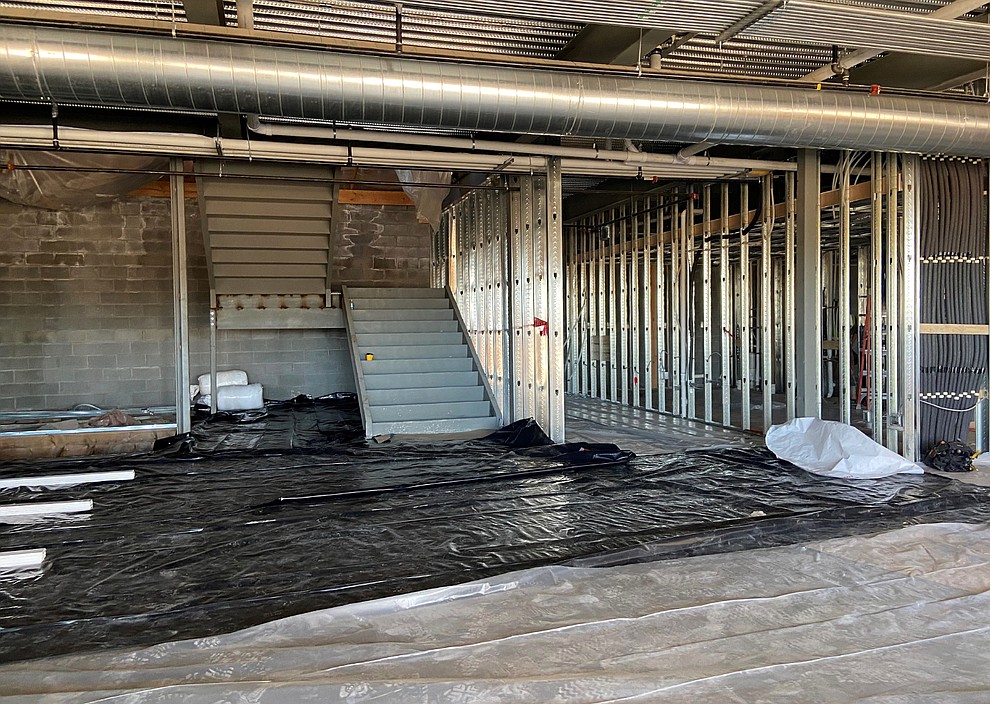 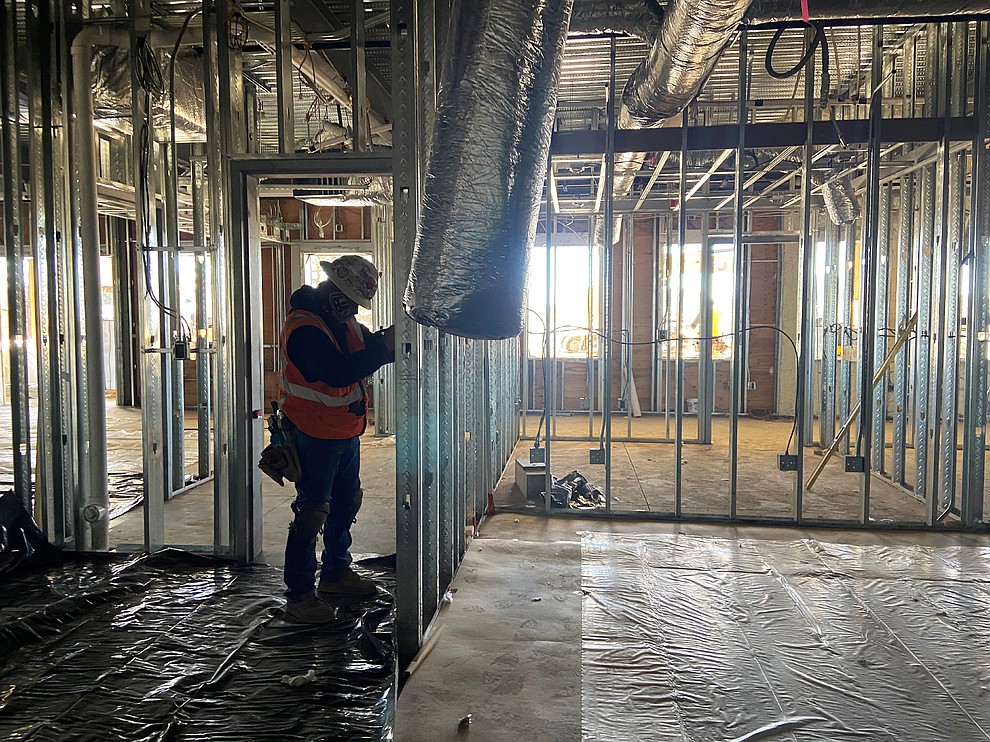 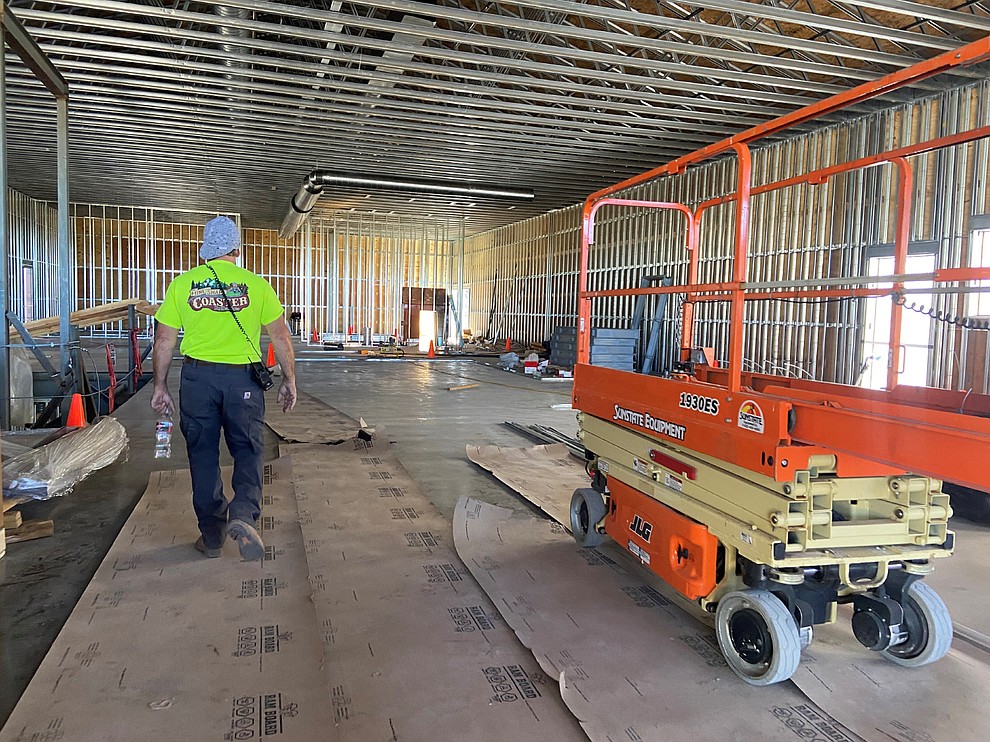 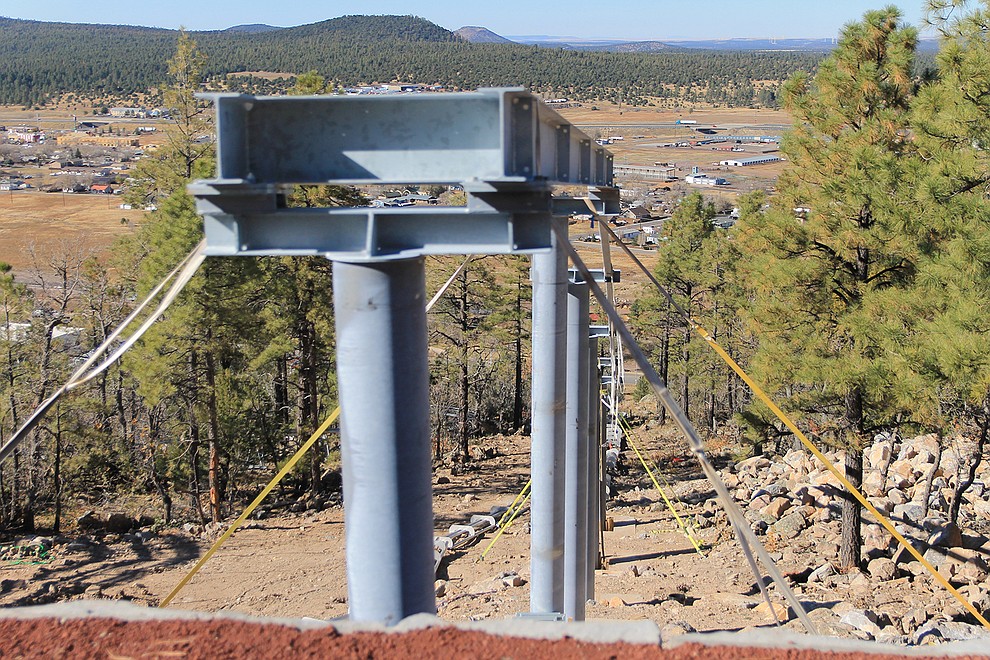 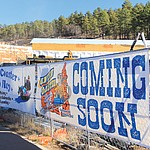 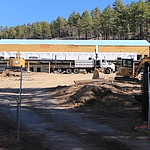 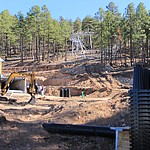 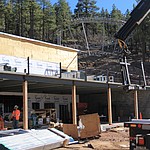 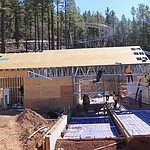 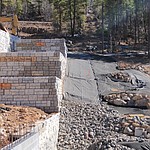 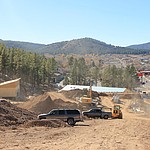 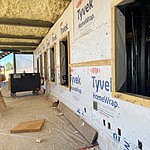 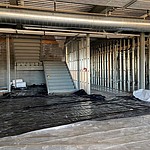 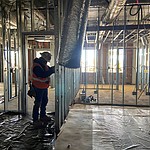 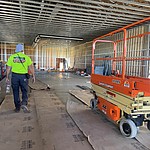 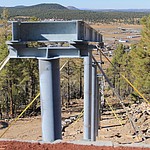 Towsley and his employees completed the excavation in the first phase of the project, and Straightline Builders of Flagstaff began the construction of the base lodge in the second phase.

“It’s two months behind, but it’s not their fault,” he said. “First we couldn’t get the big steel and then other steel, and the list goes on and on and on.”

Towsley is hoping to have the first floor of the lodge open in December, which will house the ticket booths, restrooms and locker rooms. Upon completion, the second floor will house a cafeteria style restaurant, retail shop, more restrooms and access to the front and back decks.

Although the coasters have not arrived, workers have assembled the track that drops from the top of the hill to the bottom where it winds around the building.

“The track is up and we still have other rails to put in, and the electronics and sidewalks,” Towsley said.

The coaster track will have manually controlled carts with a backup computer that controls speed and braking.

The track sits on steel frames pinned to the ground, with parts of the coaster reaching heights of 35 feet. Safety netting and walkways will be installed in areas where the coaster track rises more than five feet above the ground.

The tubing area will include a summer hill and a winter hill. The hill will have eight lanes on a 150-foot wide by 500-foot long area. Riders will be transported up the hill via a “magic carpet lift system.”

A snow cat will be utilized to maintain lanes and snow conditions. The snow cat will be housed at the base along with a 500-square-foot pump house that will hold a vertical turbine pump, a control system and tube storage for snow making.

The owners have previous experience with amusement parks, which include the Alpine Slide at Magic Mountain, Big Bear Snow Play and the Mine Shaft Coaster all located in Big Bear Lake, California.

Towsley said the construction and design of Canyon Coasters will align with the character of Williams.