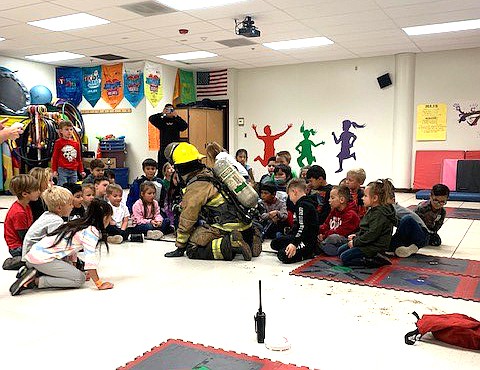 On Oct. 16, WFD conducted annual hose testing for the department. Hose testing is necessary for inspecting and detecting any defects in the hose or couplings in accordance with NFPA 1926.

On Oct. 3, WFD responded to milepost 164 on I-40 for a report of a three-tractor semi versus a tractor semi accident. All passengers were out and cleared. Rescue 1 rolled out to assist with possible containment. One tractor had small leak near fuel tank and was plugged, and absorbent used for containment. Second tractor had small leak in fuel line to tank. Was kinked and secured to stop leak. Third tractor was being towed and had no spillage aside from small amount of oil.

On Oct. 9, WFD responded to a report of an ATV rollover. WFD was unable to respond as they did not have enough personnel coverage to cover city and the call. Was advised High Country was enroute.

On Oct. 11, WFD responded to report of a man with a possible head injury, Life Line Ambulance had an extended estimated time of arrival. Patient was found with self-inflicted injuries to the head. Bleeding controlled prior to arrival. Patient was alert and oriented to person place time and events and did not appear to have any immediate life threats and was taken in the care of WPD to wait for Lifeline.

On Oct. 13, WFD responded to a report of smoke at hotel. Engine 7 arrived on scene and inspected hotel room, no smoke or fire found. Alarm was reset.

On Oct. 13, WFD responded to a report of CO alarm at at hotel pool area. Engine 7 arrrived on scene and made contact with staff. Read CO levels in pool area – high. Room was vented with open windows and doors. Inspected venting from the pool/spa heaters and found gaps in venting and rusted vent pipes. Determined ventilation from exterior was inadequate and not operated properly. Advised fire marshal to shut down pool room until issue was fixed.

On Oct. 24, WFD responded to a leak and shut source off.