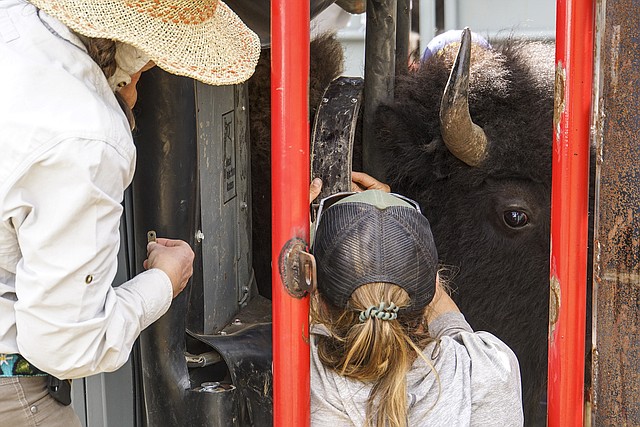 By By Felicia Fonseca, Associated Press

FLAGSTAFF, Ariz. (AP) — Day three and the shooters were waiting under the cover of pine trees for the rain to let up. Thirty minutes later, a single branch snapped, revealing a small herd of bison in the distance...