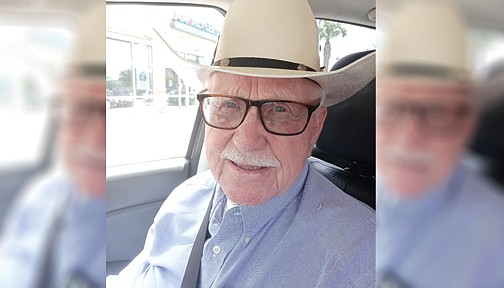 Glenn attended Mars Hill College in North Carolina to study civil engineering. After college, he returned to the Washington D.C. area and worked for the city. Glenn also served in the Army and later in the Army Reserves. On May 9, 1959 Glenn married Elsie Denison.

By the fall of 1972, Glenn headed west to a dairy farm in the southeast corner of Minnesota. When the mid-1980s rolled around, Glenn returned to engineering, first in Fillmore County Minnesota; then, he returned east to New Jersey where he not only worked in engineering but also for the Department of Environmental Protection.

In the mid-1990s, Glenn moved further west, this time to Arizona. He worked as a Director of Public Works for both the City of Paradise Valley and the City of Williams. Not surprisingly, even after he retired, he needed something else to do, so he worked at Bearizona Wildlife Park to mingle with animals he loved, wild beasts and birds of prey.

At the age of 80, Glenn and Elsie moved to Georgia to live near his brother and the ocean. His daughter Erin joined him in Georgia in his final year to care for him full time. He passed away from pancreatic cancer on October 18, 2021.

Glenn was loved by many and is deeply missed. Glenn is survived by his wife Elsie, their three children, Roger, Celeste (Alec) and Erin, ten grandchildren and many great grandchildren.

He will be remembered for his love and loyalty to people, his quick laugh, his incomparable strong work ethic, patriotism, cherishing nature, love of the ocean, and his belief in God.