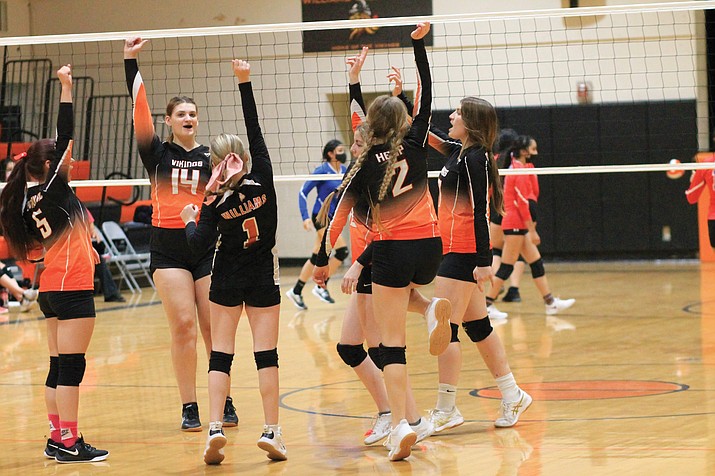 WILLIAMS, Ariz. — The Lady Vikings ended a season plagued by injuries with a win and a loss at the 1A State tournament.

The Lady Vikings finished the season in seventh place in the 1A Conference with a record of 13-5.

Shaelee Echeverria Williams finished the season leading the 1A Conference with 286 kills and a .311 hitting percentage. She also led in blocks with 118.

Riley McNelly was sixth in blocks with 53

Rory Stevens was second in assists with 473.

Brianna Baldosky finished the season in third place with 376 digs.