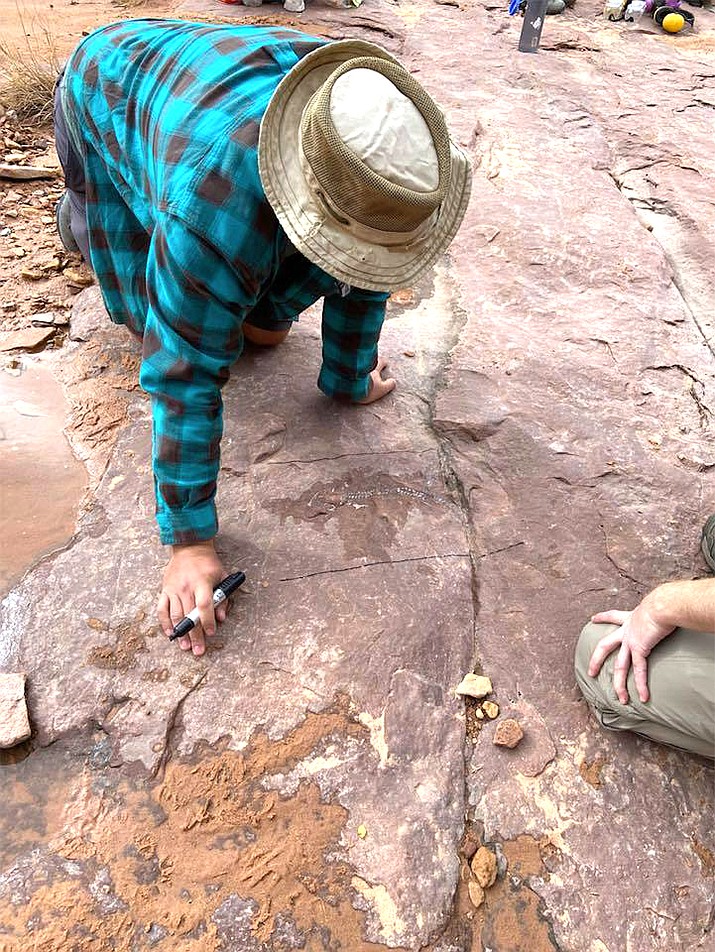 Buried for close to 300 million years in what’s now a slickrock wash in Canyonlands National Park— paleontologists from Petrified Forest National Park along with researchers from the Natural History Museum of Utah and University of Southern California excavated a potentially new species of early-tetrapod seven-miles off the road of the Needles District backcountry in Southeast Utah Oct. 23 and 24.

Tetrapods are all four-limbed living land-animals; amphibians, reptiles, birds and mammals who descended from their last common ancestor around 365 million years ago, according to Petrified Forest Lead Paleontologist Adam Marsh.

Marsh called excavating this early-tetrapod fossil before it was destroyed by erosion or vandalism a “once in a lifetime kind of skeleton.”

“I have more bruises in my lower back and in my shoulder,” Marsh said about hauling the sandstone block containing the fossil out of the Utah desert. “My pack’s strap broke, luckily it broke a mile away from the truck. We were able to do some reshuffling and throw it in another backpack but it was hard. That pack weighs 60 pounds coming up over slick-rock but it was great, it was a good kind of hurt.” 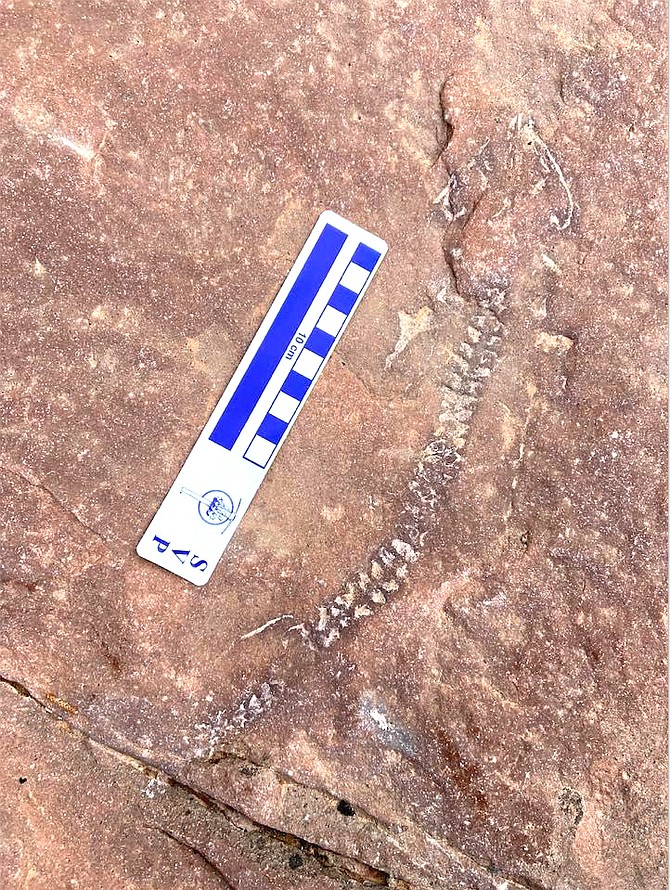 The specimen was located in the bottom of a slickrock wash and was threatened by erosion with every monsoon rainstorm that flashed the canyon. (Photo/Petrified Forest National Park) 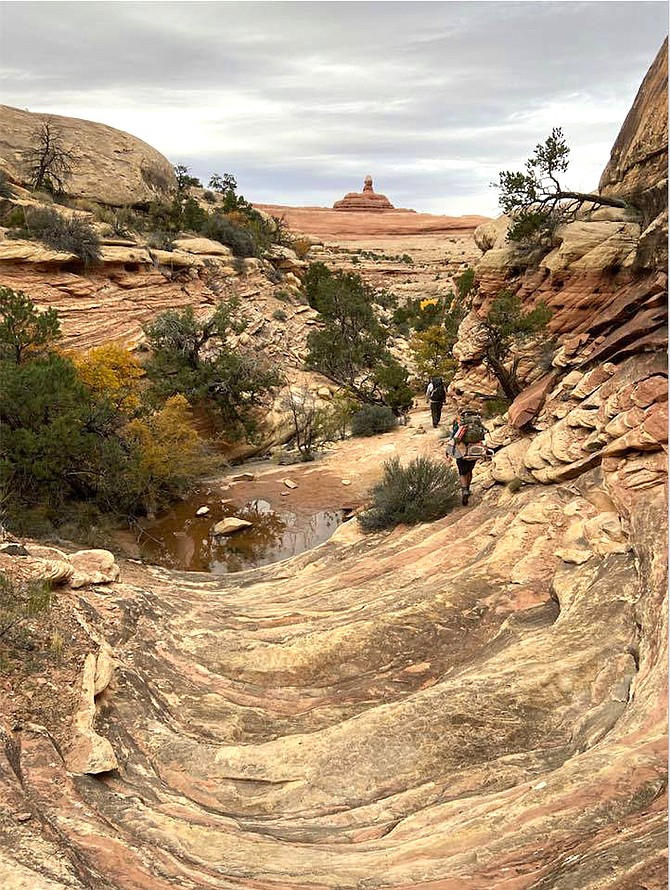 A 13-mile round trip hike was conducted by NPS paleontologists, park staff, and researchers from partner institutions to recover the fossil. (Photo/Petrified Forest National Park)

The Canyonland’s fossil is close to the split of early mammals from their reptilian ancestors, this split is marked by several traits within our mammalian anatomy perhaps most notably the “synapsid” skull condition. Where all mammals have a single temporal opening on each side of the skull, this trait differs from our reptilian ancestors with their “diapsid” skull which has two such openings.

However it's unclear this early in the research process which of the two it’s more closely related to.

Fortudently, the early-tetrapod’s skull is still attached to the backbones with part of the shoulder girdle, forelimb, portions of the pelvic girdle and hind limb making it relatively complete, according to Marsh. However, there may be more material in the rock that may be exposed as it is prepared by Petrified National Forest.

“Because the fossil is so complete, it will help to shed light on the controversial evolutionary relationships of early amniotes, including reptiles and the extinct ancestors of mammals (synapsids),” Assistant Professor of Integrative Anatomical Sciences at USC Adam Huttenlocker said in a recent email.

Some missing parts of the puzzle have been lost from erosion, Marsh said. Currently, only the bases of the animal’s teeth are visible in the rock.

“We're not seeing the crowns of the teeth,” Marsh said. “Which is what you need to see to start trying to hypothesize diet. We're hoping that some of the teeth are still underneath there. Regardless, some of these early reptile relative groups that this skeleton may belong to were herbivorous and some were eating pretty much anything. So it's going to be important to see if we have any tooth crowns preserved.”

An articulated fossilized skeleton or one where the bones are still attached much as they were in life is already a rare occurrence, however, Marsh pointed out that this 300 million year time frame is also generally well sampled by researchers because it’s not easily accessible or often simply not possible.

It’s because of this, along with the fact that this is Canyonlands first documented reptile or mammal fossil from this time period, that makes Huttenlocker say they’re confident that this is a new species to science.

Narrowing the time the animal was alive is one of the project's objectives which will be done by identifying the specific unit of rock it was found in. The rock is either the lower Cutler Beds making it 310 million years the end of the Carboniferous period or the Cedar Mesa Sandstone which would make it the start of the Permian period at 280 million, according to Marsh.

The early-tetrapod’s time was marked by a period of climate change of global warming which coincided with the loss of aquatic habitats across the supercontinent of Pangea. Study of the timing and extent of this geologic transition could provide a deep-time analog to current climate change and habitat loss, according to Huttenlocker.

The specimen will be cleaned and prepared at Petrified Forest and CT scanned sometime in the next year to get an idea of what's not readily visible in the rock and which can’t be removed with traditional preparation methods and later added to NPS collections.

“There is a high resolution CT scanner at USC that would be easy enough for us to meet in the middle and transfer the specimen … we're not going to put it in the mail,” Marsh said.