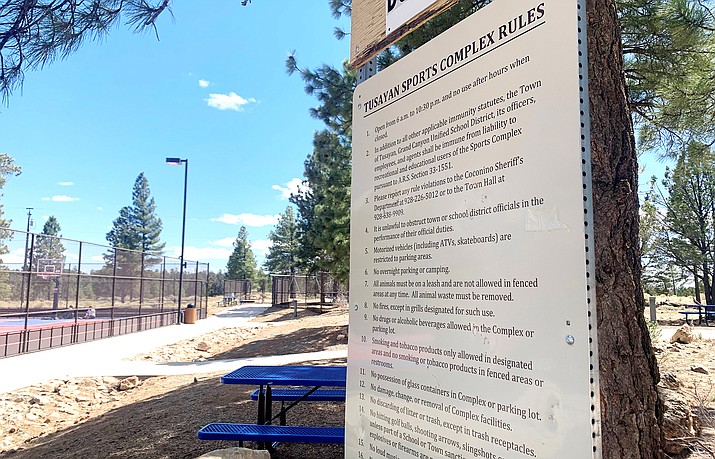 Grand Canyon School and the town of Tusayan have partnered in the construction of a Sports Complex Center in Tusayan. (Loretta McKenney/WGCN)

GRAND CANYON, Ariz. — A partnership between the town of Tusayan and the Grand Canyon Unified School District (GCUSD) is currently in limbo, after a recent decision by the school board to enter into arbitration over the Sport’s Complex Center.

Plans for the complex are meant to expand on structures already in place by providing areas for students to learn and play. These expansions include a number of regulation-sized sports fields and an outdoor classroom.

According to Tusayan Town Manager Charlie Gail Hendrix, the school board voted to trigger an arbitration clause in the town IGA at their Oct. 20 regular school board meeting.

She said this decision has the potential to end the IGA.

“…last Wednesday, the school board took the unusual step of moving to trigger the arbitration clause in the IGA, which may result in ending the relationship between the school and the town entirely,” Hendrix wrote in a recent guest column in Grand Canyon News. 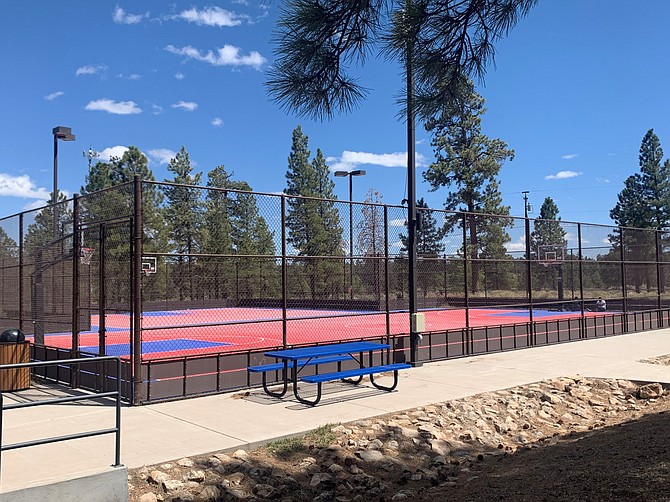 Multiple attempts by Grand Canyon News to contact school board members and the board president for comment went unanswered. Grand Canyon School Superintendent Shonny Bria also had no comment.

Susan Kerley, board secretary/assistant to the superintendent did respond via email.

“No comment will be issued from the district on this matter, at this time,” Kerley wrote.

Hendrix said the decision could put an end to public access on the property, thousands of dollars of taxpayer money down the drain and the end of the development of educational facilities on the property.

According to Tusayan Mayor Clarinda Vail, the town has received no communication from the school in regard to the situation.

“I am extremely concerned about the situation but have received no facts from the Grand Canyon School Board to comment on at this time,” Vail said. “I am hopeful we can work through whatever issues they may have and provide more information and comments when we know more.”

According to Hendrix, the purpose of the IGA between the town and the school was to help the school better develop the School Complex property in Tusayan for community use.

“The cost of maintenance and construction would (at least initially) rest entirely with Tusayan, but the community families of Tusayan would share the benefits for generations to come,” she said. “The school would be able to progress in ways that it had been financially restrained by in the past. It was a sensible synergy for all involved.”

In 2020, the first project to be approved by the school, was the construction of a ramada/outdoor classroom.

According to the town, construction costs and a supply chain issue caused by COVID-19, prevented the town from moving forward quickly on the project.

“The town council has remained vigilant with the project, but had to move to a phased in approach,” Hendrix said.

After that decision was reached, the town went to the school and asked for its input and Vail requested school board members list items in the project they felt were key to have phased in immediately.

However, Hendrix said the school has not provided this list.

“The school board would never provide the town with a firm list of items for completion...instead they decided to jump straight to arbitration, which may be the end of the IGA,” she said.

Currently, the town is waiting to hear from the district.

“My hope is that the school board will remember the collaborative intent of this project. I hope that they will reconsider their decision, so that the cooperative Ramada/Outdoor classroom will be completed in this community,” Hendrix said.