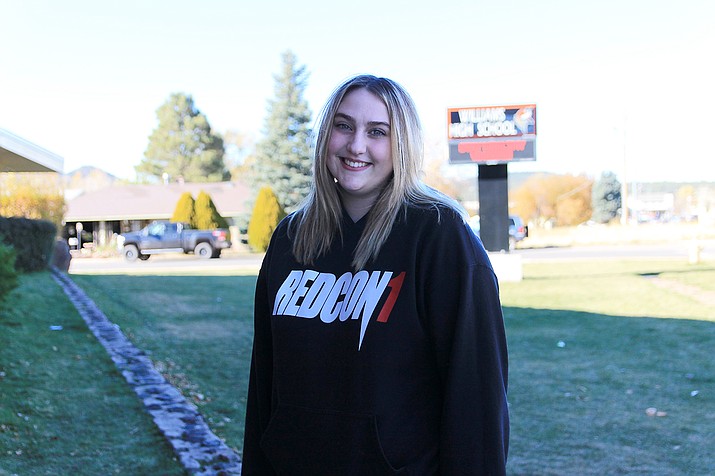 Kaylee is a senior at Williams High School. She has attended Williams schools since her freshman year.

Prior to Williams, Kaylee lived and attended school at Grand Canyon.

At WHS, Kaylee played volleyball and was a member of the cheer team. She is also involved with the culinary program.

Some of Kaylee’s favorite classes include culinary and choir. She also likes her English classes

Kaylee said Mrs. Karlsberger has had a big influence on her.

“She helped me get Student of the Month and always encourages me to get good grades,” she said.

She also said Mrs. Schober and Mrs. Gutshall helped her through the years.

In her spare time, Kaylee likes to hang out with friends and watch movies. She said she made friends easily at WHS.

Kaylee works at Grand Canyon Railway in the gift shop and restaurant. She has also been a character for the Polar Express.