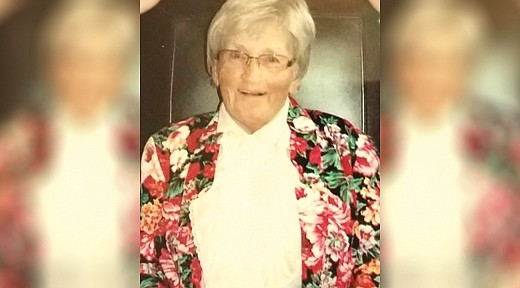 Flora was born Nov. 8, 1926 in North Attleboro, Massachusetts. She was the second child of Florence and Walter Jacobson and their only daughter. Her birthday was also her parents’ anniversary, and every year her father gave each of his girls a box of candy to celebrate the occasions.

On Aug. 21, 1948, Flora married Clayton Hall, Jr. They had three daughters. They spent most of their early years in New York State, where Flora worked as a nurse. She retired in 1982, and moved with Clayton to Plains, Montana. Clayton died there in 1987.

In 1992, Flora moved to Williams, Arizona with her daughter Flo Gushee and her family and her mother. Her mother, Florence Jacobson, died there at the age of 96. During her time in Williams she worked as a “band aide” at Williams Elementary/Middle School with music teacher Scott Grimes. Flora loved working with Mr. Grimes and the students. While working there she, celebrated her 80th birthday.

Flora will be buried beside her husband in Plains, Montana. Arrangements are pending.