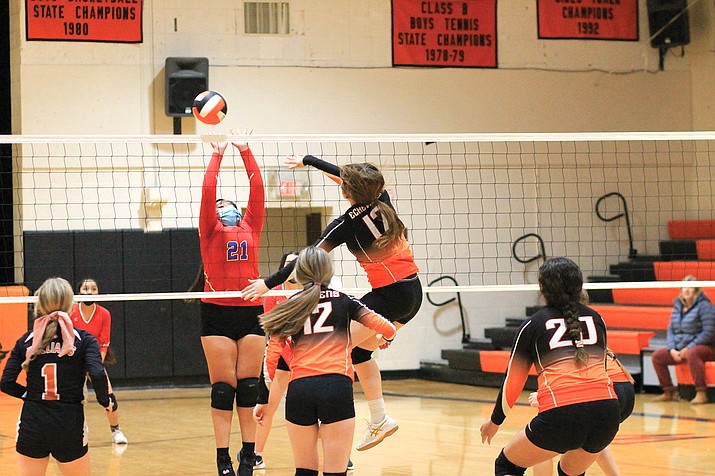 Shaelee Echeverria spikes the ball over a defender in an earlier season game. (Wendy Howell/WGCN)

WILLIAMS, Ariz. — The Lady Vikings made a big upset last week when they beat No. 3 Mogollon, 3-2, to end the regular season.

“Its the first time we’ve beat Mogollon in a lot of years,” said Head Coach Connie Stevens. “It was a good game both ways.”

The Vikings lost 3-0 to Mogollon earlier in the week, however, Stevens said a few modifications made the girls more competitive.

“I changed my game plan a bit, which helped, it was a game changer,” she said.

Stevens said she is proud of the girls’ play in spite of the numerous injuries and illnesses the team has faced this year.

The Vikings head to state this weekend as the No. 7 seed, facing Anthem Prep in the first round.

The game is at 3 p.m. at Coronado High School in Scottsdale.