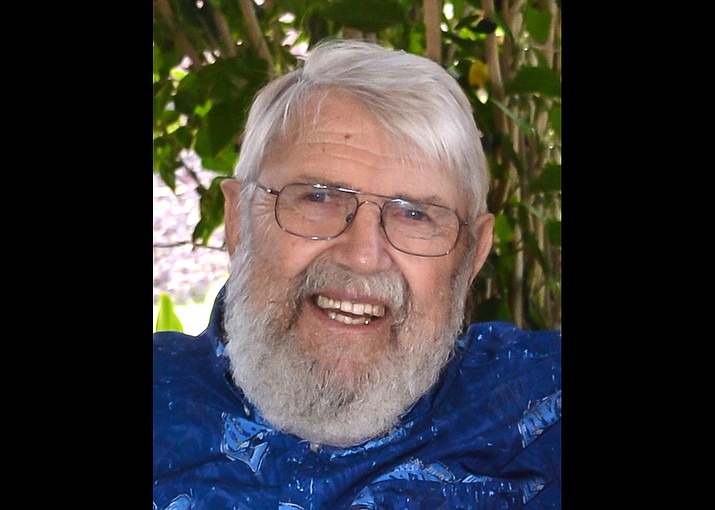 Michael “Mike” Ransom McNelly passed away peacefully on April 6, 2021, at home, surrounded by his loving family.

He is survived by his wife of 57 years, Iris, son Stephen (Deb) of Glendale, daughter Victoria (Tom) Jessing of Surprise and four beautiful granddaughters — Katie, Madison, Leia and Dana, one sister Dorothy Pugh and many nieces and nephews.

He was preceded in death by his parents George and Rachel (Ransom) McNelly, brother David McNelly, and sister Betty “Liz” Ray.

Mike was born and raised in Williams, Arizona and attended all twelve years in the Williams School District. After graduation, he enlisted in the Air Force where he served as a mechanic for four years. When he returned home, he married the former Iris Bockelman on October 19, 1963. The couple moved to Phoenix in 1964, where Mike began his career as a Firefighter with the Phoenix Fire Department. Soon after, Iris and Mike purchased a family home where they raised their children. Mike retired in 1989 after 24 years of service only to start a new job with Volvo as a test driver. He drove for over ten years traveling to many places.

Mike was a master mechanic and loved the time he spent in the garage. He built sand buggies, restored many classic vehicles, created a unique VW bug and more. After moving to Surprise in 2011, he began gardening. He furnished family and friends with tomatoes and zucchini squash. Many hours were spent admiring and harvesting his garden.

“Papa” Mike's most precious time was spent with his beautiful granddaughters. He spent hours watching SpongeBob, telling funny jokes, making numerous stops at McDonalds for ice cream, taking all the girls Christmas shopping, and making sure he had front row seats at every performance or sporting event the girls were in.

Mike had kind words and a smile for every person he met. He was a gentle soul that would lend a hand to anyone who asked. Mike was loved by everyone and will be forever missed. In lieu of flowers please donate to the National Kidney Foundation. If you have a special memory please leave atwww.weremember.com/michael-mcnelly/9f4w.

A private family service will be held at the Williams Cemetery at a later time.