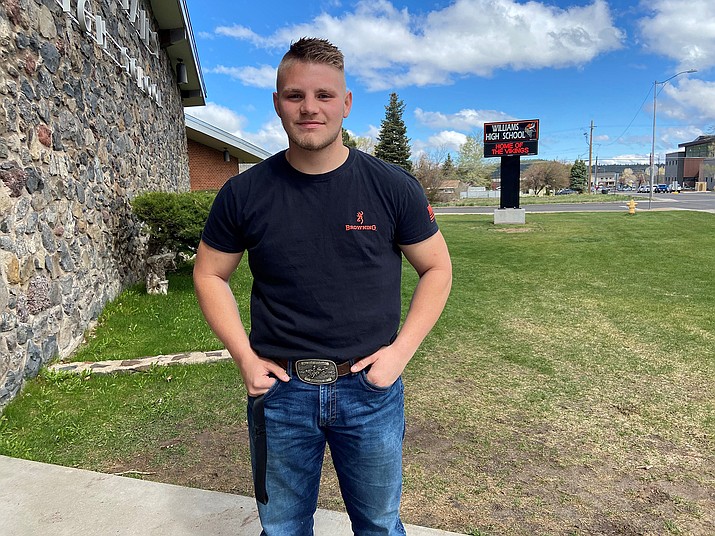 James is a senior at Williams High School. He has attended WHS since his sophomore year. Prior to Williams, James lived in Joseph City.

He has played football for three years at the high school. He played offensive lineman and defensive tackle.

His favorite class was weight lifting. He said his favorite teachers were Mrs. Alexander and Mr. Brownlee.

He said Coach Tad Wygal has also been encouraging to him.

James said his favorite memories at WHS are travelling to football games and going to Flagstaff with friends.

He said the thing he will miss the most about high school is being a kid.

“There’s nothing fun about growing up, as soon as I turned 18 my mom started making me pay rent and taking more responsibility for my actions,” he said.

Outside of school, James volunteered for the Williams Fire Department.