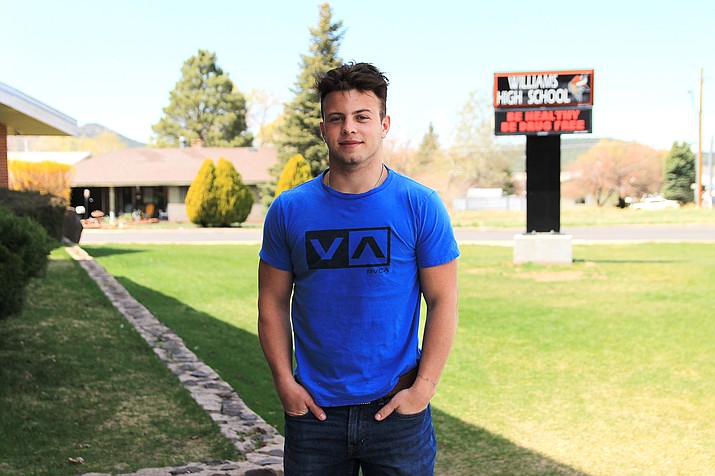 Blake is a senior at Williams High School. He has attended school in Williams since the seventh grade. Prior to Williams, Blake lived in northern Nevada.

He has played football for four years at the high school. He played running back and offensive lineman.

Blake also participated in welding and was part of the fabrication team the past two years.

His favorite classes were welding, English and history. He said his favorite teachers were Mr. Brownlee, Mr. Powers, Mrs. Schober and Mrs. Montgomery.

He said Coach Tad Wygal has also helped him.

“He is always checking up on me and seeing how I’m doing,” he said.

Blake said his favorite memories are the WHS the athletic trips to Phoenix. He said he also enjoyed the freshman hike up Bill Williams Mountain.

In his free time he likes to fish and hunt. He also enjoys reading.

During the summer, he threw hay for Kevin Overfield at Juniper Creek Outdoors.