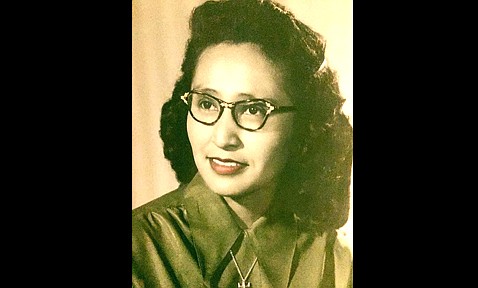 Janie Ann Acothley-Rhodes passed away peacefully in her sleep on Friday, March 19, at her home in Williams, Arizona.

Born in Tuba City, Arizona to the Manygoats (Tł’ízílání) and One Who Walks Around (Hinágháahníí) clans on November 15, 1929 to Dan and Sarah Acothley.

She was daughter, sister, mother, grandmother, great-grandmother, aunt, cousin and loving friend to many. With her husband, Emerson Rhodes, they spent their life together making and selling Navajo arts and crafts for the 43 years they were married.

Janie was preceded in death by her husband, Emerson, two daughters, Rozan Haines and Janet Rhodes, one brother, three sisters, and her parents. She is survived by her four sons, Dan, Robert, Todd, and Chee Rhodes, 15 grandkids, 19 great-grandkids, two brothers and two sisters.

Funeral services are planned for Friday April 2, 2021 at 11 a.m. at the Church of Latter Day Saints in Williams, Arizona. Reception to follow.