Williams for sale: High interest, low inventory for properties in the pines 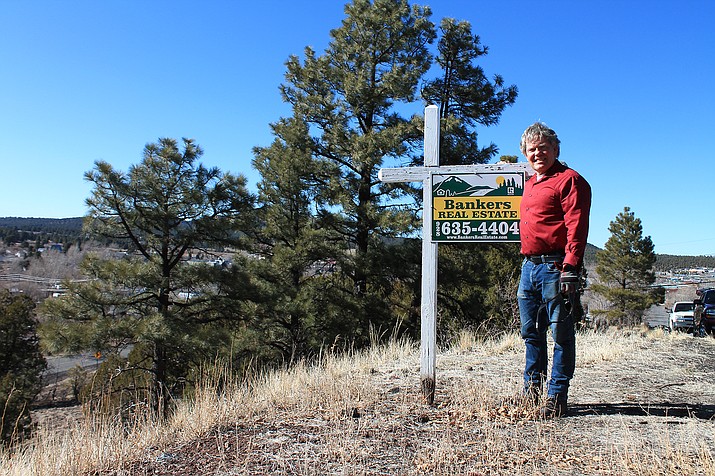 WILLIAMS, Ariz. — When coronavirus arrived in the U.S. in early 2020, it threw the housing market a curveball.

Many people thought the housing market would crash, but after a slight slump in March, realtors in Williams and other parts of the country reported a strong demand for homes — so strong that realtors were often fielding offers as soon as a listing hit the market.

“You know how there was that rush on toilet paper? That’s kind of how it’s been for real estate,” said Allan Duncan, realtor with Banker’s Real Estate in Williams. “People were just buying it up as fast as they can.”

As many people hunkered down to wait out the coronavirus storm, fewer homes hit the market, which resulted in fierce competition for the properties that were available.

“COVID hit last year and I think we slowed down for two weeks,” said Sierra Karlson, realtor with Sun Mountain Properties in Williams. “With California shutting down and Arizona reopening pretty quickly — everybody wanted to move here.”

Currently there are 34 homes for sale in the Williams area, with nearly half of those under contract. Karlson said she has a waitlist of interested buyers seeking to purchase a home in the area.

Moving to the country

As people began spending more time working from home and schooling from home, interest in moving to

“They realized they would rather get out of the city,” she said. “Why work from home there when they can move to the pine trees?”

Webb and Karlson said most of their clients are coming not only from California, but also Lake Havasu City, Bullhead City and the Phoenix area.

“We are seeing a lot of second homes,” Karlson said. “It was record heat last year in some of those areas and people wanted a second home in the pines.”

Karlson said some buyers are looking at purchasing a home as a vacation rental where they can recoup mortgage costs and use the home personally for several weeks each year.

Nationally, home sales climbed 5.6 percent in 2020 from a year earlier to 5.64 million, the highest level since 2006 at the height of the housing boom, according to the National Association of Realtors. The national median home sales price jumped 12.9 percent to $309,800.

The strong demand for homes continued in January, with sales ticking up 0.6 percent from December and almost 24 percent from a year earlier. By the end of January, however, the supply of homes on the market nationally was down to a record-low 1.04 million units. That amounts to a 1.9 months’ supply. A balanced housing market tends to have a six-month supply.

Home prices soared in 2020, driven in part by the historic drop in mortgage rates during the coronavirus pandemic.

“We were having people buying and selling, but they just went into hyper drive after the quarantine and interest rates dropped,” Duncan said.

In early March 2020, the Federal Reserve cut interest rates to help avoid an economic disaster because of COVID restrictions. In July, a 30-year fixed-rate mortgage had fallen below 3 percent — the first since the 1970s.

With interest rates so low, many buyers moved quickly to lock in the rate which increased the demand for an already low inventory and raised prices to new heights.

As of March 2021, interest rates have begun to climb again, hitting 3.09 percent for a 30-year fixed-rate mortgage ending March 22, according to Freddie Mac. Experts say rates will probably increase to 3.4 percent by the end of the year.

A new kind of buyer

With just 34 homes for sale in Williams, Webb said it is a buyer’s market in Williams.

“Houses are on the market and they are getting multiple offers in a week, and then they are under contract,” she said.

Karlson and Webb said their marketing tactics changed through the coronavirus pandemic, as fewer people were interested in touring homes.

“We did marketing on social media and pushed out drone videos and aerials shots to reach more people,” Webb said.

“Before, you could hire the relator down the street and people would visit the home,” Karlson said. “But now we have so many buyers from California in lockdown, or who don’t feel safe, and they would go online and see professional photos and virtual walkthroughs. They got a pretty good idea of the house and would make an offer without stepping foot inside of it.”

The median household income in Williams is $44,375 according to recent U.S. Census data. With just 1,519 housing units and a poverty level of 24.9 percent, making rent can often be difficult.

The federal Department of Housing and Urban Development (HUD) defines an “affordable dwelling” as one that a household can obtain for 30 percent or less of its income.

With the demand for properties, first-time home buyers are having a difficult time competing with those who are shopping with cash and can pay more than the asking price.

“It’s the people who are trying to buy conventionally with 10 or 5 percent down — they are being bid out because they don’t have another $50,000 to make up the difference,” Karlson said.

“Pine trails and the patio homes are great options,” she said. “Bungalow style homes keep you under that $300,000 price point. It’s very affordable, you can put 5 percent down, and you aren’t being outbid because you are picking out the lot you want and it’s your house. “

More people are turning toward new home construction in Williams, according to Williams Community Development Director Tim Pettit. In 2020, the city of Williams broke a record for building permits issued. Pettit issued 230 building permits, a 55 percent increase over the average of 148. Of those permits, 62 were for new single family homes. The previous high was 60 in 2004.

In 2019 the city of Williams issued 196 building permits, of those permits, 43 were for new residences.

Pettit said although the majority of the building permits are for remodels, sheds, signs and fences, there has been a lot of outside interest in new housing subdivisions, RV parks, stores, hotels and more.

Although scant inventory is likely to continue through the spring, experts believe the market will loosen up as people begin to socialize again and are more comfortable listing their homes and opening them to the public.

With higher rates expected, housing prices should stabilize. Frenzied buying is predicted to slow, with more discerning buyers on the market.

Rising home sale prices in Williams continued in 2019, but not everyone benefited
Good time to buy, not to sell in Williams
This bubble won't pop anytime soon
Williams home sales, building permits up in 2018
Williams home values rebound
Contact Us
Submit Questions, Comments, or Story Ideas