School bus driver to be charged with DUI in October crash 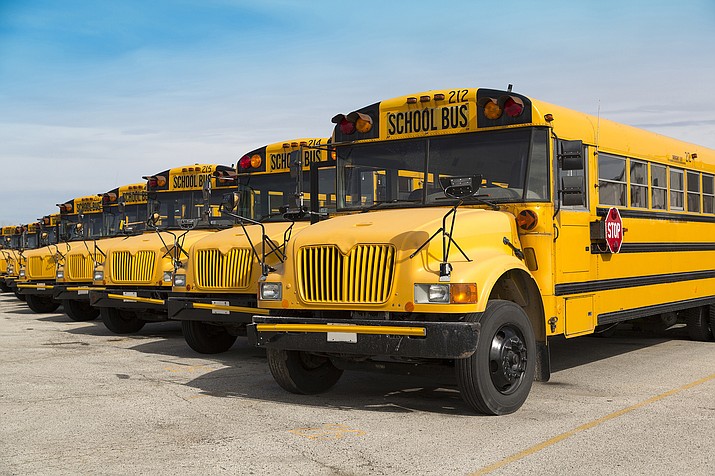 A former school bus driver at Williams Unified School District is being charged with a DUI and up to 16 endangerment charges after an October 2020 accident. (Photo/Stock)

WILLIAMS, Ariz. — A former Williams school bus driver is being charged with driving under the influence and up to 16 endangerment charges after the results of a toxicology report were released by Coconino County Sheriff’s Office (CCSO) March 12.

The report, conducted by the Department of Public Safety crime lab, indicated that the blood specimen for Charles Hoag, 67, contained Zolpidem and was positive for Dextrorphan/Levorphanol.

The reported stated that Hoag has a prescription for opiates.

Under ARS 13-3401, Zolpidem is listed as a barbituric acid and Levorphanol as a narcotic drug.

“We are pursuing driving under the influence charges — there will be multiple charges due to the fact that there were 16 children on the bus,” said Jon Paxton, spokesman for Coconino County Sheriff’s Office.

On Oct. 19, 2020, Hoag was arrested by Coconino County Sheriff’s Office after a Williams Unified School District (WUSD) school bus he was driving left the roadway and went into the ditch on Hoctor Road near Buena Vista Trail in the Red Lake area north of Williams.

The bus was picking up students before school and 16 children were on the bus at the time of the collision, CCSO said in a statement.

Minor injuries were sustained by several of the children on the bus, two of whom were transported by Lifeline Medical ground transport to Flagstaff Medical Center (FMC) for evaluation.

Hoag was arrested by deputies for suspicion of impairment at the time of the accident. Arresting officer CCSO deputy Benjamin Thrailkill stated that Hoag appeared confused and disoriented during the initial interview. He did consent to a blood draw for testing.

Following his arrest, Hoag’s family members said he was taken to Flagstaff Medical Center where he underwent medical evaluation for a possible stroke.

According to CCSO, the FMC medical assessment found no evidence of a stroke.

“I reviewed his imaging studies. This includes an MRI scan of the brain, which is unremarkable. There is no evidence of a stroke,” the examining physician wrote in his statement. “His toxicology screen is positive for opiates, which he is prescribed.”

The physician said Hoag’s symptoms could be related to a toxic metabolic event.

“He is on multiple centrally acting medications which may have contributed to his event,” he said. “He also is on home oxygen. It is possible that he may have had a hypoxic event.”

“The county attorney’s office will review everything we’ve given them and then they will decide whether to prosecute or not,” Paxton said. “At that time, he’ll be given a court date, the opportunity for an attorney or to hire one for himself and then court proceedings will proceed.”

Pursuant to WUSD district policy, Hoag was immediately placed on administrative leave. Following an internal investigation, he was released from employment.

“The district stresses that the safety of our students remains one of our highest priorities,” said Eric Evans, acting superintendent of WUSD.

According to Evans, WUSD is required by Arizona Department of Transportation and DPS to conduct drug testing for bus drivers.

“Sometimes it’s random, sometimes it’s not,” Evans said. “We have to show and prove the paperwork for it and put it on file.”

Hoag worked for WUSD for several years as a substitute route driver and then a full-time bus driver. He also drove the Vikings sports bus.

Paxton said the case is still an ongoing investigation

“Overall this is a community that we work in and our officers live in too and we are glad that nobody’s been hurt in this incident, but we do want to make sure that we follow through on our investigation the proper way,” he said.