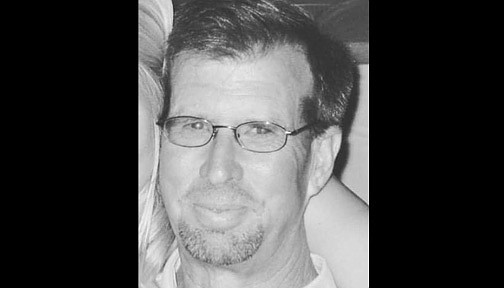 Jerry was born in Shelby, Ohio on May 31, 1954. He moved with his family to Camp Verde in 1985. He graduated from Prescott High School in 1972, but always considered himself a member of the Williams High School class of 1972.

Throughout his life he always felt the most at home in Williams, Arizona, followed by Jackson Hole, Wyoming. He enjoyed many days and nights in both locations enjoying the outdoors. At night he was most comfortable, where most would be least comfortable, in the bed of his truck in a sleeping bag.

He was well known in the Verde Valley for his sense of humor and witty commentary on local politics. Many will also remember the countless times he joined Jess and Jessica and other local bands for a few songs on a Friday/Saturday night in Camp Verde, Prescott and Williams as the drummer.

Jerry was truly a jack of all trades – he ran a dairy, worked for the forest service, supervised the Camp Verde Swap Meet for many years, artificially inseminated cows, worked on horse ranches, worked for a thrift store, a tourism center and a western wear store, cleaned buildings for NAU, and the list goes on and on.

His love and legacy will endure in his family and in those he touched.

The family is particularly thankful for the countless hours and the endless love and support that was provided day by day by his daughter, Lauren, and his mother, Lucille. They provided countless meals, loads of laundry, special requests, words of support, hugs and love.

Finally, the family would like to thank the entire staff at The Haven for years of care and support. The family was so moved that as Jerry was removed from The Haven, staff lined up, with many in tears, to honor his life and comfort the family.

In lieu of flowers or gifts, the family requests a donation to the Multiple System Atrophy Coalition at https://www.multiplesystematrophy.org. The MSA Coalition funds research into the causes and treatment of MSA.

Condolences may be conveyed at www.buelerfuneralhome.com.