Grand Canyon School students express their views on the 2020 pandemic through music, song and lyrics 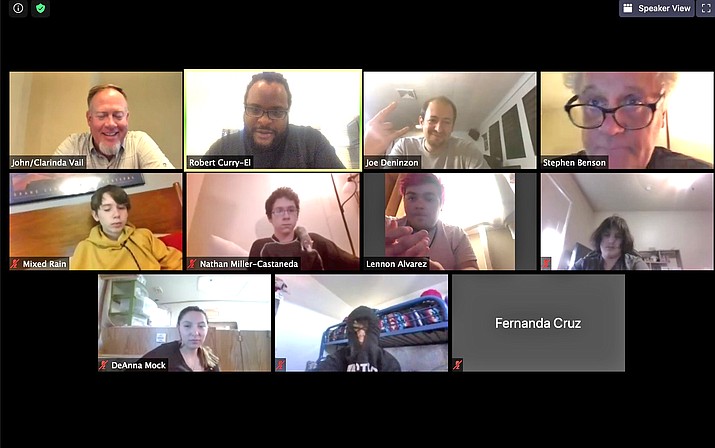 With lyrics like, “Everyday the walls are closing in, my only friend is loneliness,” and “My home feels like a prison, people praying on their knees,” students shared their opinions about the current pandemic.

The song was produced over three months during School of Rock, an annual program in which professional musicians teach students everything from rock and roll history to production and performance. This year was a little different — two of the New York based musicians — Joe Denizon and Stephen Benson, remained on the east coast and conducted the program online. Tusayan based musician John Vail also joined students online via Zoom.

Curry-El, said this song took time, dedication and a whole lot of energy from both students and instructors. He said what makes this song especially meaningful is the lyrics, since they are a direct reflection of how the coronavirus pandemic has affected student lives.

“We had a brainstorming session where we all jotted down what our thoughts were about the situation we were in,” he said. “I was watching the students on Zoom and I was seeing that some of them their hair was all messed like they had been in bed all day and some of them they looked like they hadn’t been out of their houses. So I was like, ‘I want to know what your thoughts are. Let’s be as honest as possible.’ That’s how we came up with the lyrics. That’s the student’s personal thoughts about how they felt.”

Because of its message, Curry-El believes the song will remain popular and the number of views will continue to increase.

“I feel like a lot of students all across the country feel the same as my students… the fact that everybody is able to empathize with each other,” he said. “I feel like it will gain popularity due to that right there.”

The song was produced using Soundtrap, a cloud-based audio recording platform that enables users to co-create music anywhere in the world.

This was a new program for Curry-El, who first decided to try the program as part of his lesson plan.

“It was totally new to all of us,” he said. “So kind of like an experiment, we all decided to learn how to use the program.”

In September, after the green light was given for School of Rock to take place, it was decided students would use Soundtrap to write and produce a song.

The school, which typically takes place over one week, became a three-month venture as students and instructors worked to perfect the song. 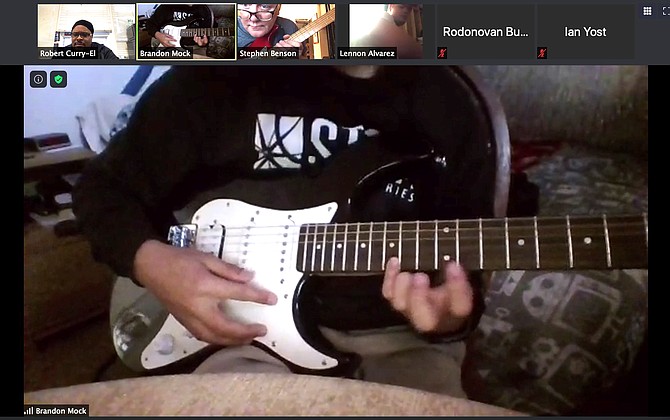 “It was a lot of work — it was good work,” Curry-El said. “Some days I would go back to Soundtrap and see that people had updated the song here and there.”

By December, the class had more than 100 tracks to trim down for final production. These tracks were sent to New York where Denizon, Benson and Vail worked on editing and offering feedback to students.

“I would think it was done at some point and they would say, ‘No, we still need this or that,’” Curry-El said.

At one point, Curry-El even recorded kindergarten and third grade students shouting, ‘breakdown’ and ‘lockdown’ for the song.

The song was completed in mid-December and was released after students returned from winter break. Students performed the song during a concert held via Zoom for Grand Canyon School.

“That’s where we aired ‘Breakdown, Lockdown’ and everyone got a chance to watch it,” Curry-El said. “Everybody loved it. We were all sitting on pins and needles because we had all worked so hard on the song and it seemed to work with how everyone was feeling at that time.”

“Breakdown, Lockdown” has also been made available on YouTube and on the Grand Canyon Music Festival website.

Now that the song is finished, Curry-El said the song will go into each student’s portfolio.

“They will all have studio experience,” he said. “Breakdown, Lockdown’ will go into their portfolio.”

School of Rock is put on by Grand Canyon Music Festival with the support of Grand Canyon School (GCS) administration and through an Arizona Commission on the Arts grant and the state of Arizona and the National Endowment for the Art fuding, the Grand Canyon Rotary Club and Tusayan Sanitary District.