Update: Woman killed after being struck by train in Williams 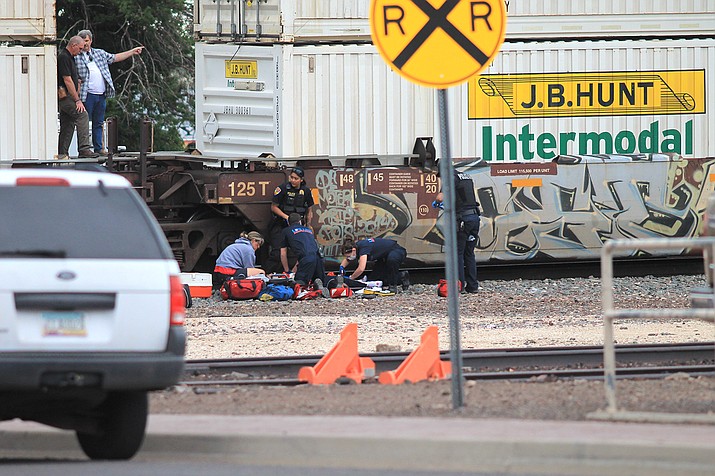 First responders tend to a woman struck by a train in Williams June 30. (Photo/WGCN)

Update: A woman has died after being struck by a BNSF train in Williams June 30.

The woman, 40, from Illinois, was attempting to cross the train tracks on Grand Canyon Boulevard when she was struck by an eastbound train, according to Williams Police Chief Herman Nixon.

According to witnesses, the family was walking on the sidewalk when they went around the crossing arms and attempted to beat the oncoming train, Nixon said.

"All indications we have from witnesses (are) that she tried to beat the train with her family members, and the train hit her," Nixon said.

The woman was visiting the area with her four children.

"They all got across and she didn't make it," Nixon said. "That's why you don't go around the railroad crossing arms."

Nixon said there were no other injuries.

Williams Police Department is waiting to release the name of the woman until next of kin have been notified. 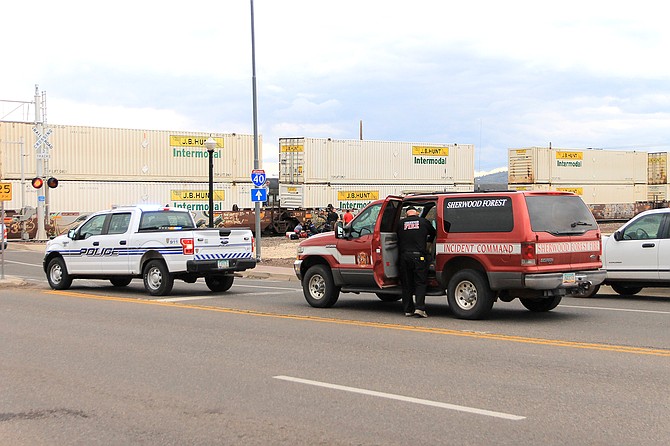 Officers respond to a train-pedestrian accident in Williams June 30. (Photo/WGCN)

WILLIAMS, Ariz. - A woman was injured after being struck by a BNSF train in Williams June 30.

According to Lieutenant John Romero with Williams Police Department, a woman visiting from out of state was transported to Flagstaff Medical Center after being struck by an eastbound train around 4 p.m.

Romero said no other individuals were involved in the incident.

Williams Police said the accident is under investigation.