Letter: Should we have cancelled the Fourth of July fireworks? 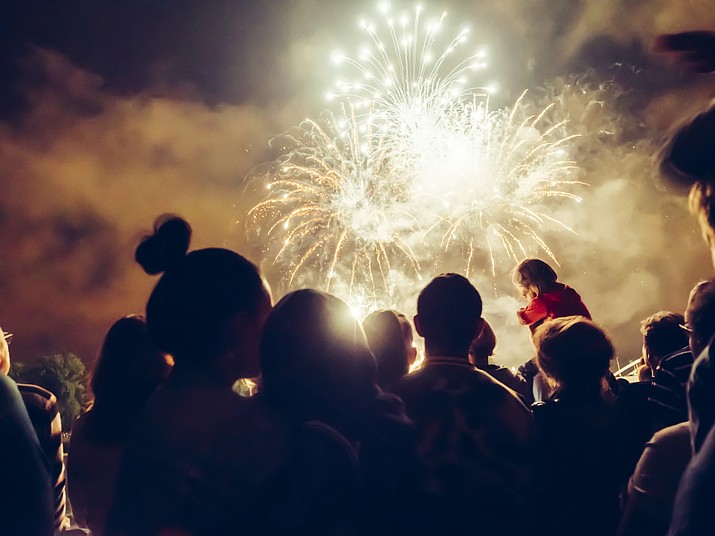 Fireworks have been cancelled for the Fourth of July in Williams.

Editor’s note: The following letter was submitted to Williams City Council and Mayor John Moore following the cancellation of the annual Fourth of July firework show June 23 by order of the mayor.

I just wanted to speak on the recent event with the Fourth of July fireworks.

I was tasked with performing the show for this 2021 year, as many of you are aware.

Myself, Incident Commander John Moede and Forest Service AFMO Mike Uebel have been in close conversations with the planning of this show. We have been planning for many various scenarios or mishaps that include EMS, other non-firework related emergencies around town, highway accidents and on-site wildland fire issues. We had multiple contingency plans in place for all "what if" scenarios listed.

I am torn as to the show getting cancelled this year mainly because I don't feel that it should have been stopped this early and without any input from myself or other cooperators involved to explain all safety features in place.

Just a little information as to the shooting site.

Gonzalez Lake, as you know, is 500-acres of mainly grass and shrub land. Per NFPA (National Fire Prevention Association) 1123, I am required to establish a fallout area of 70-feet in all directions per inch shell. The largest shell is a 10-inch shell, so we would need 700 feet in every direction. The reason for the fallout area is safety.

Through various testing within the NFPA, these numbers are set to keep spectators out of harm's way from mishaps, explosions, or spot fires from within. The closest pocket of trees are 1,200 feet away from the site and forest lands are 3,000 feet away from the closest edge. We always excavate the entire display site down to bare soil as this is the area of the most ember wash coming out of the tubes and landing on the ground. By going to bare soil, we did not have any issues of fire.

Fire breaks are implemented and forestry crews are able to access this entire area. We also had crews staging further outside of areas as another back up to our already in place backups.

On top of all these preventative measures, shooting at 2100 hours allowed for the air temperature to lower and the relative humidity to increase to assist in the prevention of any fires from sustaining.

When we discussed the triggers of the show, there were two main ones — resources and wind. When the winds are calm, all the activity will remain within the fallout zone and away from forest lands.

As to resources, they are a tremendous part of our show, as we may not be able to make this show happen or maintain the safety margin needed for the show. This is why we were trying to hold out as long as we could before cancelling the show and allow resources that were ordered from other areas (Montana, Idaho, etc...) to reach Williams and assist on standby for the show.

As you see, a lot of planning and preparation goes into the safety of the community with the fireworks display.

I am unsure why the decision to cancel was made so spontaneously and by one sole individual as we were supposed to wait until Sunday (June 27) for further updates.

I understand that the Rafael Fire has caused a lot of bad public perceptions for fireworks, but the public needs to understand that the fire was started by lightning. That fire sat untouched for 24-48 hours and it was known only because the fuels were heated enough at the hottest part of the day and the winds were exceptionally high to produce a smoke column. Even then, no resources were available to commit due to terrain and extended commute times from their jurisdiction to the scene.

These reasons are the opposite of the fireworks display.

Crews were going to be on scene and ready. The show is performed at night with a temperature of around 60 degrees, not 95 degrees like when the Rafael Fire started. Winds at night are generally calm, but they were going to be evaluated continuously. The show can also be stopped at any time to prevent harm to the community.

Crews would handle any situations that arose within seconds to minutes not hours to days. All of these reasons are why this show could have been handled successfully.

It is unknown in future years for a display site of the show. With the recent purchase of the land, we are looking at other locations to shoot from, but there is no land this safe for a show like Gonzalez Lake — this could have been our last July 4th show for some time.

I wanted to thank you for your time in reading this and I am sure there is nothing that can be done now as all resources have been cancelled, but I do wish this cancellation could have waited like in similar years, up to when the show started.

Yesterday we did obtain precipitation and in the forecast for all next week is projected to have rain. All reasons why we should have waited and spoken to all key players for the show to decide if it should remain or get cancelled.