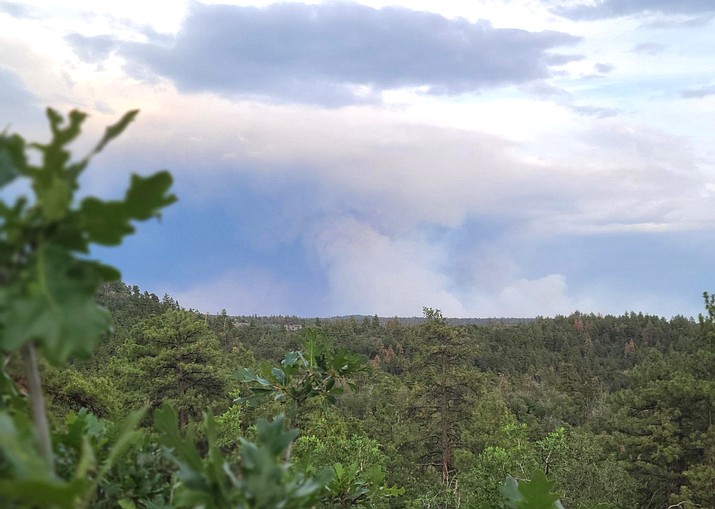 WILLIAMS, Ariz. – The Rafael Fire has advanced into Sycamore Canyon and moved on top to the Mogollon Rim on both the Kaibab National Forest on Sycamore Point and Coconino National Forests near Casner Mountain.

The fire is currently 36,000 acres and is zero percent contained. There are 199 firefighting personnel assigned to the Rafael Fire.

On the Prescott National Forest, the southwest corner of the fire has not advanced west or south for the last two days. 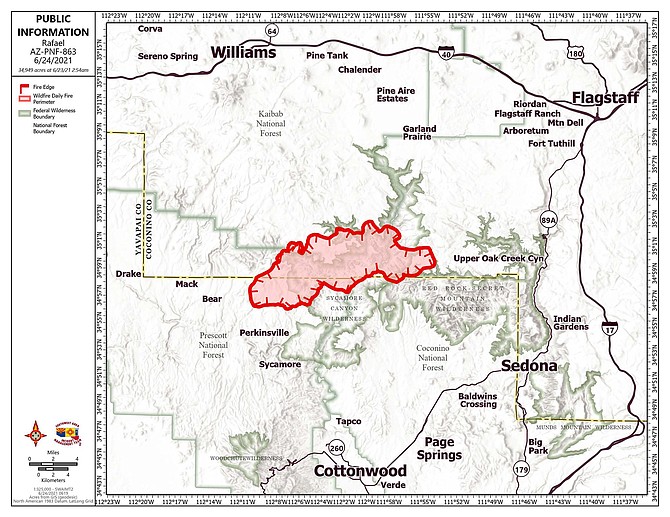 On June 23, the north on the Kaibab and Coconino National Forests, fire crews identified road systems to utilize as fire line to stop the spread north and westward towards identified values at risk. On the southeast portion of the fire in Sycamore Canyon and the Red Rock Secret Mountain Wilderness, crews are identifying fire line locations for direct and indirect suppression actions.

The fire is expected to move north in Sycamore Canyon near Dorsey Spring and east into Red Rock Secret Mountain Wilderness area, where vegetation and topography are in alignment. Fire fighters on the north end of the fire will continue with suppression efforts and prepare for future firing operations using road systems and natural features and will utilize aircraft to support these actions. In the Red Rock Secret Mountain Wilderness area, fire crews will continue to scout for future suppression lines.

Evacuation status as of June 24

“GO” in Coconino County, areas around Sycamore Canyon and SOUTH of Forest Service Road 535 off FS 231. In Yavapai County, some rural ranches in the area of North FSR 525 and Bill Grey Road, West of Sedona.

“READY” -none at this time. Notifications can change rapidly. Residents in areas affected by the fire should remain vigilant and be prepared to evacuate. Evacuation notifications are issued when danger is imminent and life threatening.

All State Land is under Stage 2 restrictions effective 8 a.m. June 11.