Grand Canyon says evacuation may become necessary during severe fire season
National Park Service encourages Grand Canyon communities to be prepared to follow READY-SET-GO! in the event of a wildfire 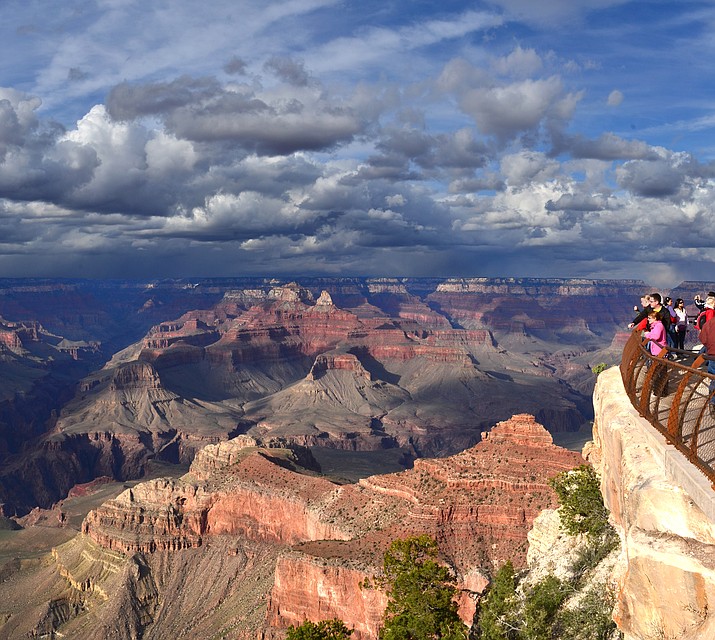 GRAND CANYON, Ariz. – With more than 20 fires burning across Arizona, and parts of the city of Flagstaff on READY status because of the Rafael Fire, Grand Canyon National Park (GCNP) officials are encouraging the community to be prepared to evacuate amid extreme fire danger levels.

“Evacuation of Grand Canyon National Park or surrounding areas (and) communities including Flagstaff may be necessary due to a wildland fire,” said GCNP Deputy Superintendent Brian Drapeaux.

At a recent stakeholder meeting, Drapeaux provided an overview of the steps of the Arizona Emergency Information Network (EIN) READY-SET-GO! program to help prepare the community to respond quickly in case of a local wildfire event.

“Should evacuations become necessary for any Grand Canyon employee or partner, please comply with the evacuation orders immediately,” Drapeaux said.

READY- Prepare now. Be aware of the hazards that can threaten your community by keeping up to date on local news and weather conditions. Build an emergency 72-hour kit with enough food, water and necessary supplies.

SET- Be alert. Know there is significant danger in your area. Consider voluntarily relocating to a shelter or with family and/ or friends outside the affected area. Residents should avoid close contact with those who are sick and should practice public health recommendations when relocating.

GO!- Evacuate. Danger in your area is imminent and life threatening. Residents should evacuate immediately to a shelter or with family and/ or friends outside of the affected area.

According to the Southwest Coordinated Center (SWCC), the southwest region, including Arizona, is currently at the highest national preparedness level, Level 5.

When a region is experiencing Level 5 activity, the potential to exhaust resources is potentially imminent, with more than 80 percent of IMT's (Incident Management Teams) and wildland firefighters committed to current fire incidents.

According to the National Park Service (NPS), approximately 2,700 fire personnel are currently attacking wildfires across the state.

Nationally, more than 8,700 wildland firefighters are battling 47 wildfires across the country, as of June 23, as the national preparedness level holds at Level 4.

While Grand Canyon is surrounded by the north and south regions of the Kaibab National Forest, the park remains open and has implemented Stage 2 fire restrictions.

According to NPS, Grand Canyon and State Route 64 and 67 will remain open to the public while Stage 2 fire restrictions are in effect.

Currently in the park, there are no open wood or charcoal fires permitted, as well as no smoking outdoors, in order to prevent human-caused wildfire.

More tips on evacuation preparation is available at https://ein.az.gov/ready-set-go