Williams Fourth of July to have parade and events; fireworks canceled 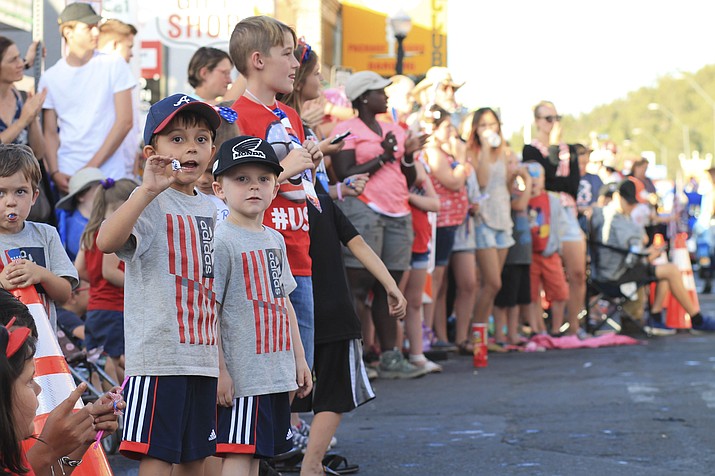 All other events for the holiday will proceed as scheduled.

“I felt like this was necessary because the resources needed are scattered across the state,” Moore said. “This was the best decision due to the situation we are currently in.”

Moore consulted with Williams Fire officials while making the decision as well as Sherwood Forest Fire Chief John Moede, who was the incident commander for the show.

“As a group we tried to get him to hold off until June 27,” Moede said. “We’ve had multiple discussions about this with the operation boiling down to whether or not we had enough people and what the weather was going to be like.”

Williams Fire Chief Ian James had decided earlier in the week to wait until Sunday, June 27 to make a decision about cancelling the show based on moisture received during week.

“We will no longer be waiting until Sunday to see if there is adequate precipitation to move forward as we had previously discussed,” James said.

All other Fourth of July events will proceed as scheduled, including a parade, ice cream social and community prayer. A Hee Haw Show and craft sale take place July 3.

Fireworks are scheduled to be set off at the Parks and Recreation Department’s 22nd annual celebration at 8:45 p.m. at Cottonwood Kids Park next to the Verde Valley Fairgrounds.

Fireworks will follow the city’s annual fun-filled barbeque, the VFW Patriotic Salute, and kid’s games from 4 p.m. to 9:30 p.m.

Admission, including parking, is free for the gathering, which starts at 3 p.m. at the park and ends with the fireworks, starting at 9 p.m.

Activities and games begin at 3 p.m. and will include an inflatable playground from Hero Party Rentals, which will be free for all children and remain open until 7 p.m.

The town of Tusayan will host a drone light show July 4.

Other events will take place throughout the day including a kid's corner, parade and concert featuring America's Got Talent 's Michael Grimm.

The parade will take place along State Route 64. The drone show will begin at dark.

The 2021 Greater Flagstaff Chamber of Commerce Independence Day Parade will take place in downtown Flagstaff July 3. However, the Lights on the Lawn event has been cancelled because of current fire restrictions.