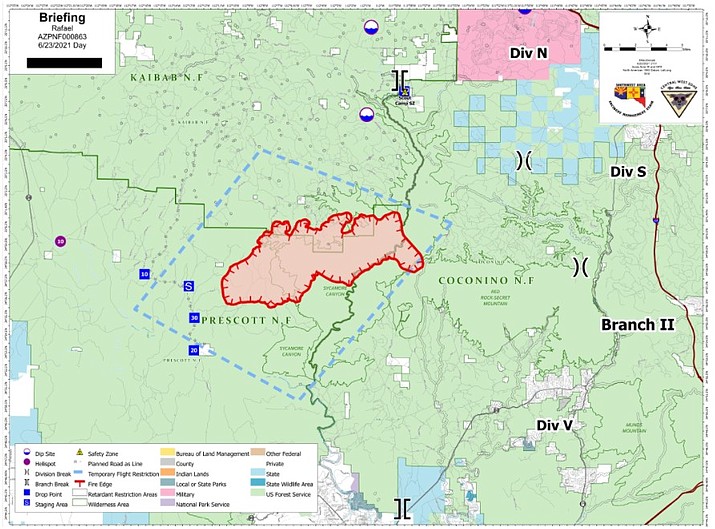 PARKS, Ariz. - The Rafael Fire south of Parks showed moderate growth June 22, growing to 34,949 acres, up from 20,000 acres June 21. Changes in the weather have caused smoke to settle in the area. The fire has zero percent containment.

The lightning-caused fire was discovered June 18 four miles north of Perkinsville, Arizona. Strong winds from the west in combination with terrain, and low humidity caused increased fire behavior, increasing the side of the fire significantly.

According to fire officials with Arizona Central West Zone Type 3 Incident Management team, on June 22 the fire crossed Tule Canyon and crept up to Sycamore Point. It also moved to the east crossing Sycamore Canyon and up on to Casner Mountain. The fire is moving in a north/northeast direction toward higher elevations and timber fuel types.

Crews will continue to work on developing containment strategies and prepping potential control lines along roads and other features.

Fire personnel are using multiple tools to battle the Rafael Fire. Aircraft has been beneficial in slowing the fire progression on the east and south side of the fire. Strategically located mechanical and hand prepping of control lines are being utilized to protect resources such as fire lookouts, cultural resources, private property and infrastructure. 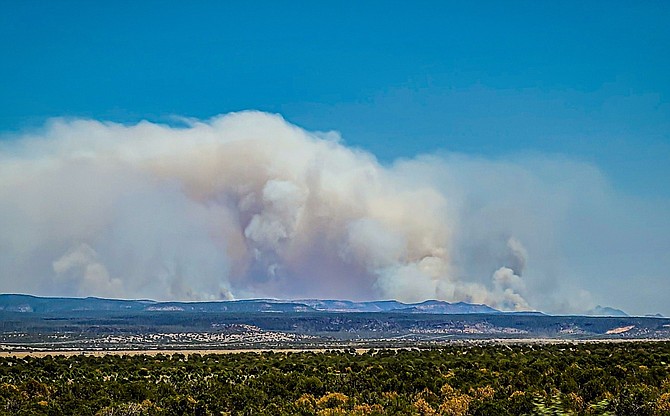 Arizona Department of Environmental Quality (ADEQ) predicts smoke to continue moving toward the east/northeast today because of active weather moving into the region.

A change in the weather will bring cooler overnight temperatures, increased relative humidity, and up to a 60 percent chance of precipitation. However, along with these benefits the thunderstorms also bring the possibility of more lightning and gusty winds.

Cloud cover is moving over the region June 23 and will continue into the afternoon, smoke is expected to stay fairly close to the ground. As a result, moderate to brief periods of heavy smoke impacts are expected in Parks, Bellemont, Flagstaff and the surrounding region throughout the day.

There is a chance of showers and thunderstorms in the area today and tomorrow. Forecasters are not expecting much rain out of these storms; however, they could result in strong gusty winds. These winds may push smoke in a number of directions, including places that have not yet seen much smoke northwest of the fire.

As showers move through, smoke may drain back into the Verde Valley, resulting in moderate impacts during the day.

Overnight, similar smoke conditions are forecast with moderate to heavy impacts to the Verde Valley. Locations with the highest smoke impacts will include but are not limited to Sedona, Village of Oak Creek, Cornville and Cottonwood.

ADEQ recommends taking the following actions if impacted by smoke: close windows and use fans or alternative cooling devices, turn off swamp coolers, use filtered HVAC systems, and avoid outdoor activities. Remember, if you are smelling smoke, you are breathing smoke, and you should limit your outdoor activity.

Residents in these areas were advised they should begin preparing for possible GO orders to evacuate. 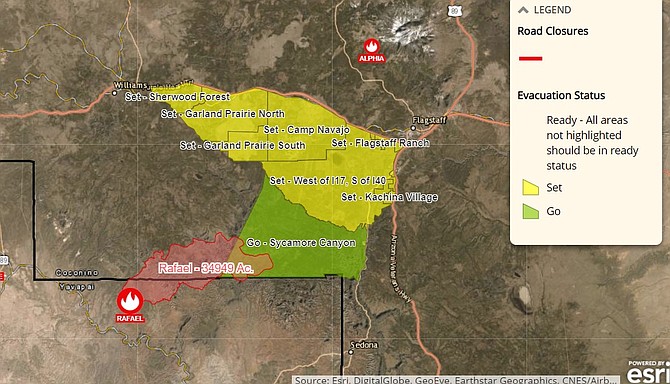