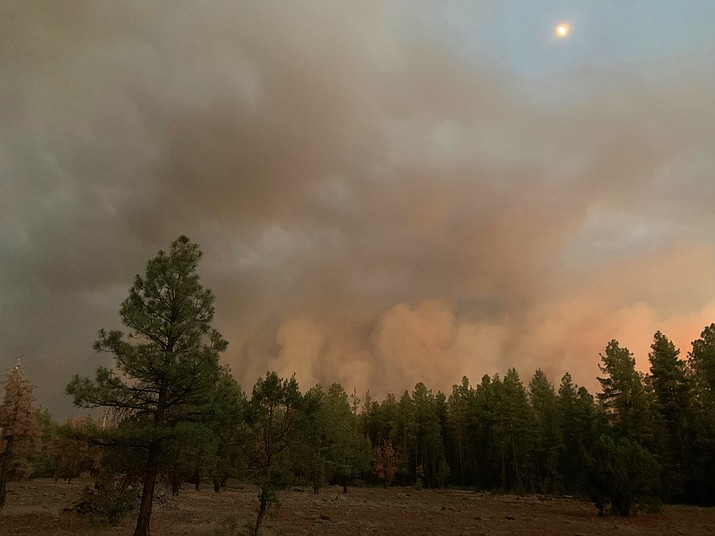 Update: The Rafael fire southeast of Williams grew to 20,000 acres overnight. There are no new closures to communities, according to officials. Evacuation orders for areas south of Forest Service roads 535 and 231 are still in place. 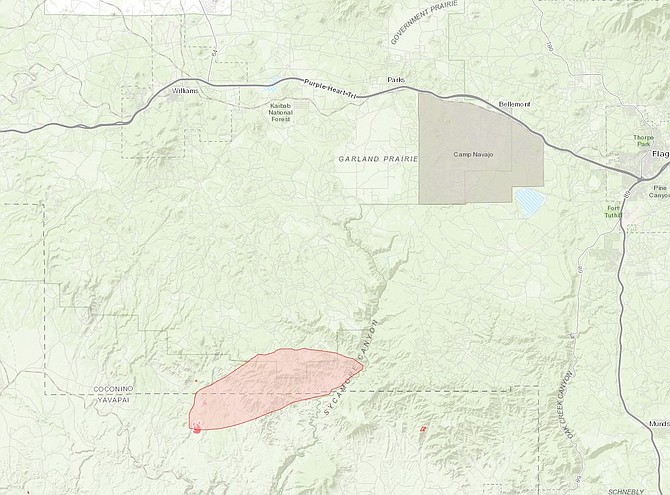 PARKS, Ariz. - Coconino County issued an emergency evacuation order at 8:30 p.m. June 20, for areas of Sycamore Canyon south of FS535 off FS231 because of the threat of a wildfire.

At this time, there are no residential communities at risk.

The Rafael Fire has grown from 6,000 acres this morning to 10,000 acres and can be seen from areas south of Garland Prairie and the Pine-Aire neighborhoods.

Garland Prairie neighborhoods are reminded to be in the READY mode. READY means begin to prepare for a possible evacuation.

Residents are asked to check with neighbors, family, friends, and elders to ensure they are READY too.

The fire was discovered on June 18, the result of passing predominantly dry thunderstorms. The Arizona Central West Zone Type 3 Incident Management Team has assumed the Rafael Fire in addition to the fires being managed as the Rock Butte Fires - five lightning caused fires located west of Highway 89, north of Paulden.

Information for the Rock Butte Fires located west of Highway 89, north of Paulden is on available on Inciweb.

The county encourages residents to register with the Coconino County Emergency Notification system at coconino.az.gov/ready

Information will be updated on the Williams-Grand Canyon News website as it becomes available.