Mystery balloon determined to be from NASA 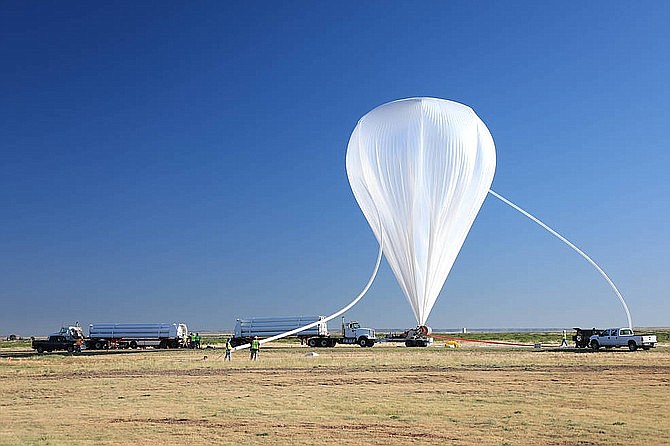 One of NASA's scientific balloons, similar to the one shown, was seen floating over northern Arizona June 8. (File photo by Joy Ng/NASA Goddard Space Flight Center)

WILLIAMS, Ariz. - From Williams to Flagstaff and throughout the state, residents reported seeing a bright, round object floating in the sky the evening of June 8.

Initially, many skywatchers speculated it was a weather balloon. But the National Weather Service confirmed that what residents were seeing was actually a large research balloon launched from NASA's Columbia Scientific Balloon Facility in Ft. Sumner, New Mexico.

"Did you see this in the sky tonight and think it was our weather balloon? We saw it too and can confirm it's not one of our weather balloons. In fact, it appears to be one in a fleet of NASA research balloons,” the National Weather Service (NWS) explained in a Facebook post.

A NWS official explained that the balloon spotted over Arizona was an entirely different type of balloon than what the NWS uses. Those research balloons go high above the troposphere, which is the lowest region of the atmosphere.

On June 9, NASA confirmed the balloon was theirs. It was carrying the Balloon Observation of Microburst Scales, or BOOMS and Balloon-Based Observations for sunlit Aurora, or BALBOA.

According to NASA, the flight lasted 15 hours and floated to an altitude of 117,300 feet, but drifted west over Arizona.

The flight was part of a suite of scientific balloons carrying instruments that will help scientists understand the connection between the Sun and Earth.

"The Sun sizzles at the center of our solar system 93 million miles away, but its influence doesn’t end there," NASA explained. "It exhales the solar wind, a continuous stream of charged particles that whisks past Earth and continues for more than 4 billion miles. Sudden bursts in the solar wind can trigger beautiful auroras on Earth, but can also disrupt radio and GPS signals, threaten our satellites, and pose a risk to electrical power grids at the surface."

Among the scheduled six balloon flights that started in May and will last through mid-June, four experiments will study different aspects of the Sun’s influence. They will focus on the stretch of sky 60-300 miles above the surface, where Earth’s upper atmosphere and space meet. 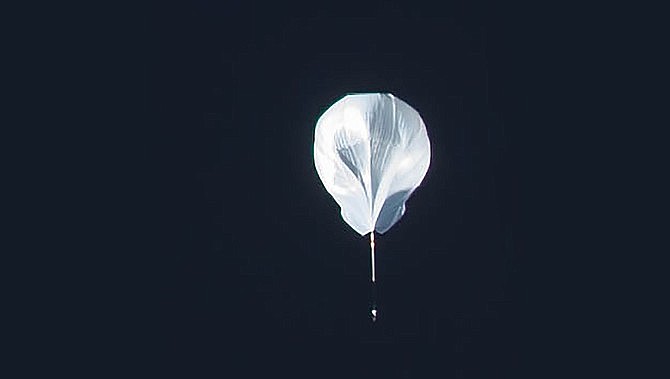 What area residents were seeing in the northern Arizona sky June 8, was a high altitude research balloon launched from NASA's Columbia Scientific Balloon Facility in Ft. Sumner, New Mexico. It drifted west over Arizona and descended and touched down northeast of Chino Valley, Arizona. (Judith Connick/Courtesy)

Research and weather balloons often endure temperatures as cold as -139°F, relative humidities from 0 to 100 percent, air pressures only a few thousandths of what is found on the Earth's surface, ice, rain, thunderstorms, and wind speeds of almost 200 mph, according to the National Weather Service.

As of this report, it is not yet known if NASA's balloon was recovered after it came down northeast of Chino Valley.