On the market: Owners looking to sell Historic Yellow House 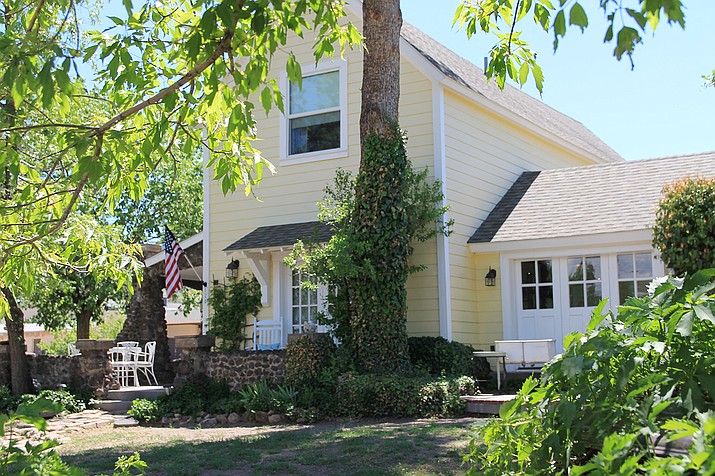 The Historic Yellow House in Williams, owned by Kerry-Lynn Moede, has been listed on the market. (Wendy Howell/WGCN)

WILLIAMS, Ariz. — It’s been nearly 10 years since the Negrette family’s downtown home was purchased and restored to its original glory, through a labor of love by Kerry-Lynn Moede.

Now the famous “Historic Yellow House,” as it is known to locals, is on the market.

“I think I’ve achieved my goals and I won’t walk away too sad,” Moede said.

Moede said her dream of restoring the home, which included salvaging many of the original components, and offering it as a vacation rental, has come to an end and she is looking for a new home to restore in Williams.

“I would love to buy them one at a time and fix them all up if I could,” she said. 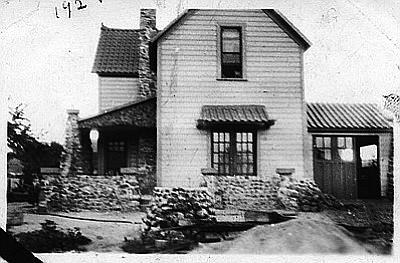 Moede purchased the Yellow House in 2012 from the Negrette family.

The home has a long history in Williams, starting out as a bunk house and office for the Saginaw-Manistee Mill in 1893.

The home was occupied by several mill officers until 1919, when the Negrette family bought the house for $810 and remodeled the building into a home where they would raise seven children. The Negrettes owned the property for 93 years.

“The house originally was a two-story I-house, a rectangular building,” Moede said. “In 1919, Donaciano Negrette bought it from the mill.”

The family made many alterations to the original design of the building over the years.

“We found several of the puzzle pieces as we took the house apart, we tried to save as much as we could and put them back wherever we could,” Moede said.

The last family member lived in the house up until around 2002, and then the house sat empty for more than 10 years, falling into disrepair and blight. Feral cats and squatters took their toll on the once beautiful property.

After watching the home for years, Moede decided someone needed to do something, and that someone would be her.

Moede took on the role of the general contractor and hired several local subcontractors to restore the structure and bring the house back to life.

“We looked at the bones and had an engineer look at it,” she said. “And he said it had moved and settled, but I felt confident that if we replaced all the systems, the structure itself was sound.”

The floors are 127 years old, and are still in place today. Much of the wood is believed to have been sourced locally.

“There were many salvageable things in the house,” Moede said.

After Moede completed the restoration, the home became officially known as the “Historic Yellow House”

Part historic museum and part boutique hotel, Moede has turned the house into a vacation rental and community event space.

In 2014, the Yellow House was listed on the National Register of Historic Places, which reinforces its historical significance to both locals and visitors. 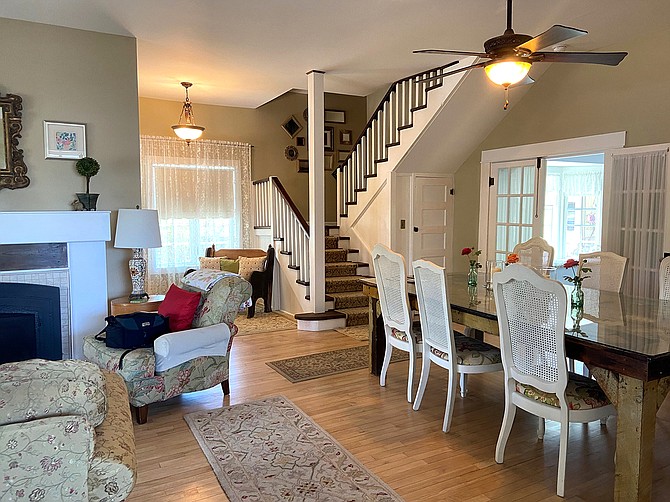 It was also selected for a Governor’s Heritage Preservation Honor Award in 2015.

Moede worked diligently to get the house listed on the National Registry. She said she worked on the application for many hours and did extensive research to find the historical and architectural details about the property.

“I submitted the application seven times before it was approved,” she said.

Moede believes the unique stonework on the house is what helped the property earn a place on the National Register. She said that feature stands out as unusual and architecturally important, since the stonework is from local basalt.

Moede said her initial goal was to take the house back to its former glory, and not change it. She’s hoping that the new owners will maintain the history.

“I can’t imagine that anyone would go to the expense or spend the time looking at a historic property if that’s not what you are in to,” she said.

The home sits on three lots on the corner of Sixth Street and Grant Street. It has had several craftsman/bungalow modifications to the original Victorian appearance. When the family converted the structure from mill use with office space to a single-family residence, maple floors were added in a herringbone pattern, the staircase was created with bungalow style pine, and stucco was added over the fireplace.

A carriage house, utility room and front gabled section were also added with a formal front door over the years.

According to local historians, Ramonsito Leon and his wife, Dona Beninga Vargas Negrette emigrated from Mexico in the late 1800s with their four children, Donaciano, Jacinto, Juanita and Josefina.

Donaciano married Angelita Alavarez in 1917 and they had seven children- Danny, Michael, Raul, Robert, Irene, Gloria and Delia. Danny, Irene and Gloria ran the movies at the local Sultana Theatre. Raul was a violin player and teacher. Gloria and Delia eventually worked at the Williams News.

Donaciano worked for several years at the Saginaw Manistee Lumber Company, then worked at a service station west of his home.