The Great Depression brought the United States to its knees as millions of people became unemployed and a generation of young people were facing a hopeless future.

Shortly after Franklin D. Roosevelt was elected president in 1932, he established the Civilian Conservation Corps (CCC), part of the New Deal Program to help lift single men, between the ages of 18 and 25, out of the shanty towns and drifter lifestyles and in the process make improvements to America’s public lands, forests and parks.

As unemployment was as high as 25 percent, the CCC gave hope for many men who had become drifters and railroad hobos. Those who enlisted would live in military-style camps and make $30 a month, $25 of which would be sent back to their families. 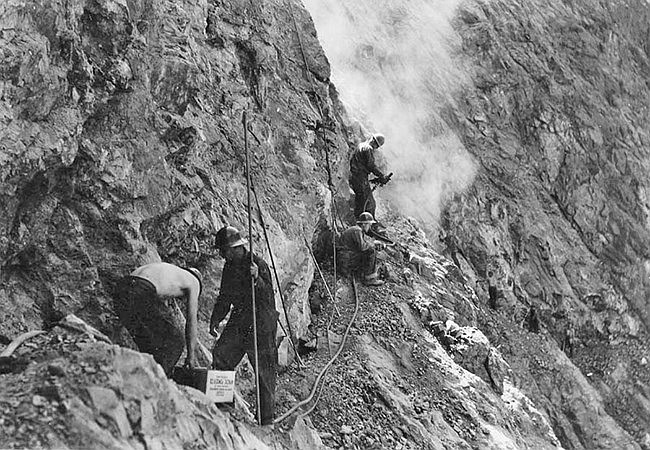 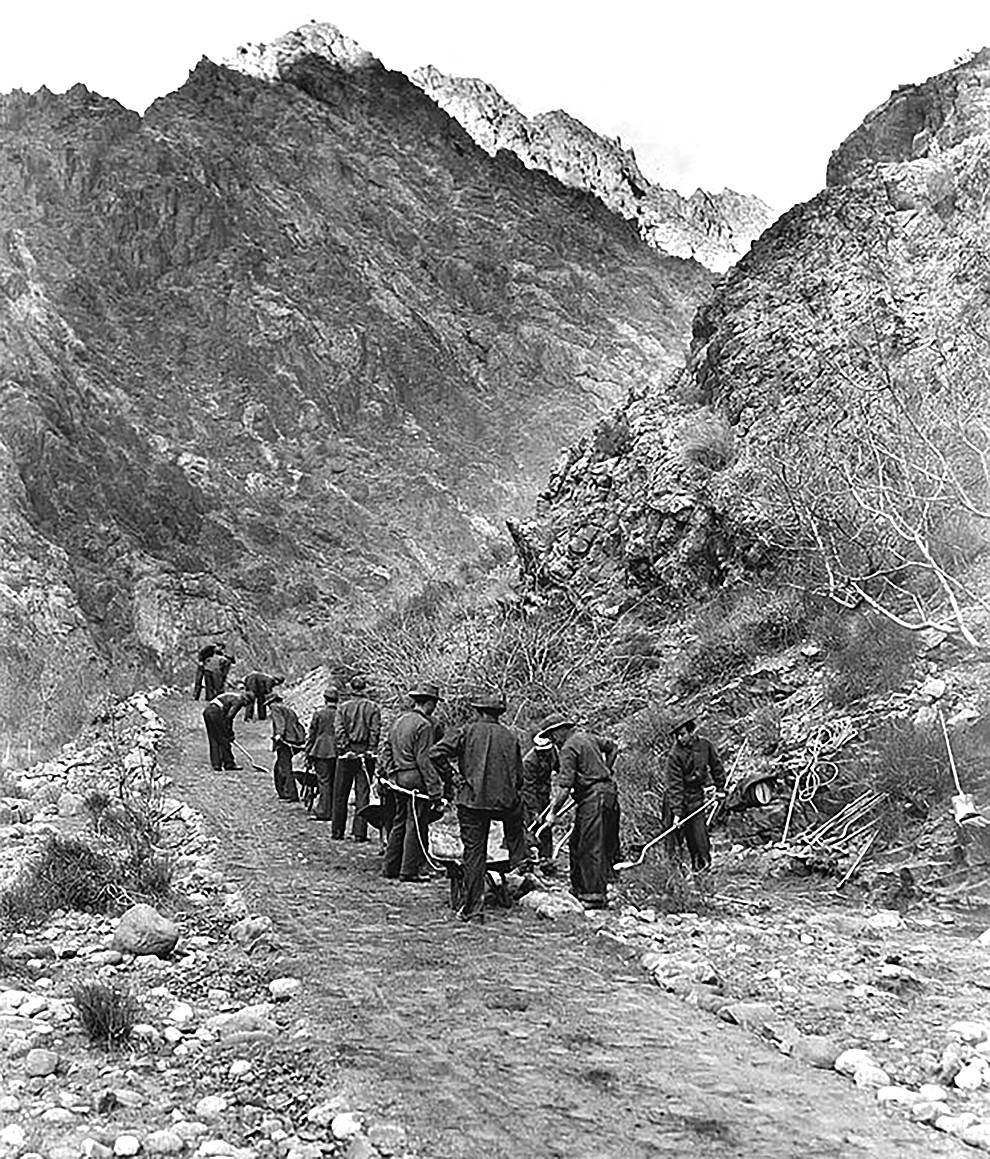 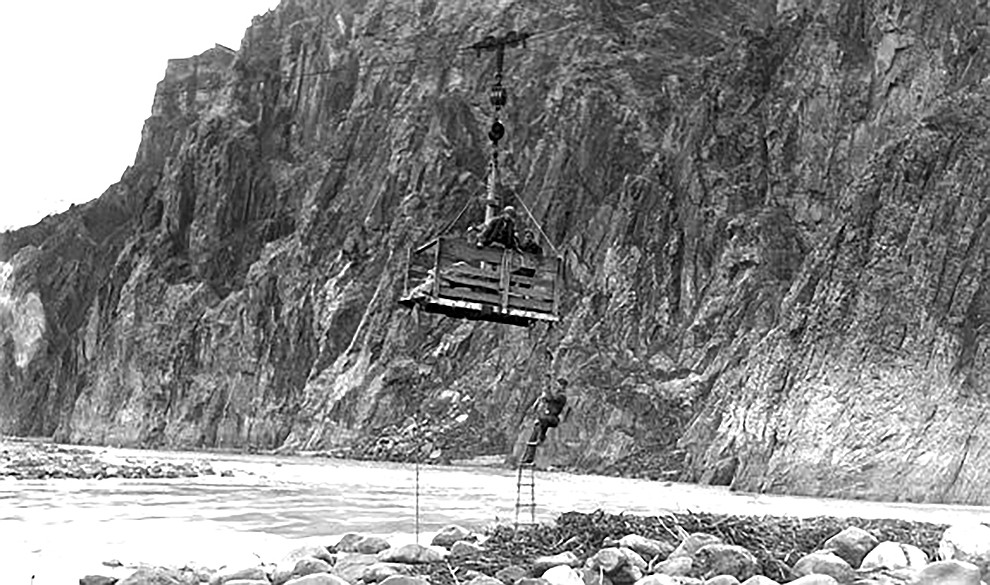 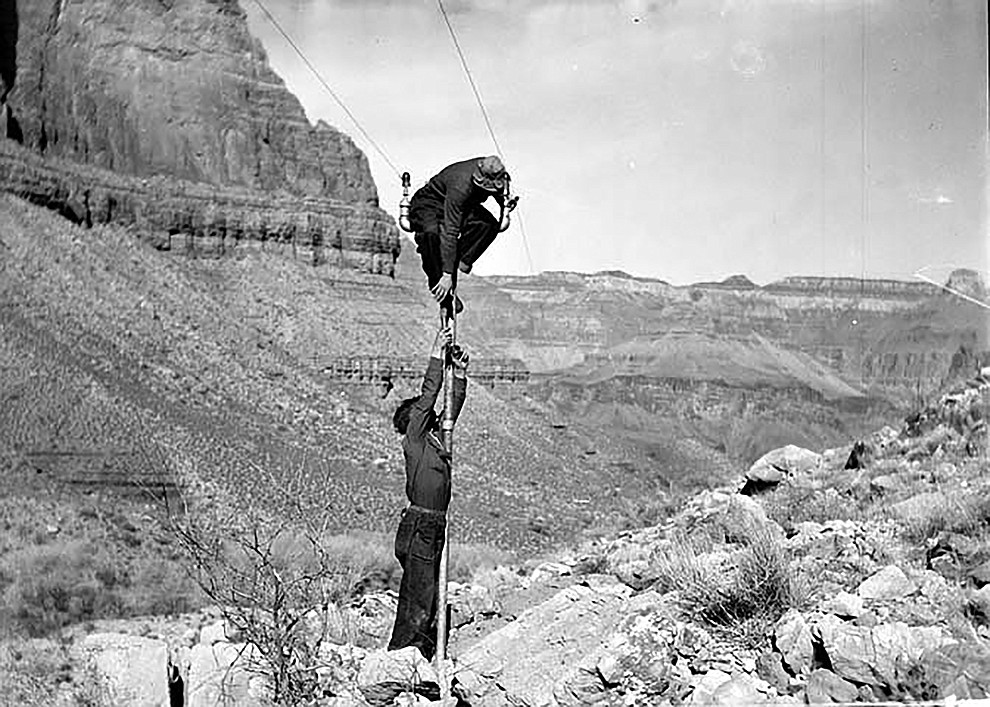 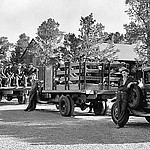 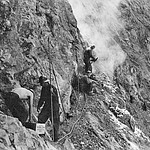 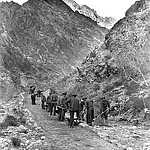 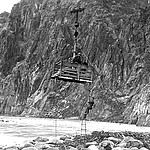 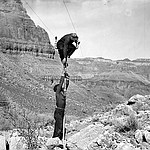 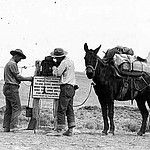 During its nine-year existence, the CCC completed numerous conservation projects in state parks, national parks, and national forests, as well as other public lands across the U.S. The program was an opportunity for poor, unemployed young men to perform critical conservation projects such as tree planting, trail construction, erosion control, forest fire fighting, state park development, and fire road construction.

Four federal agencies worked together to make the CCC a success. The Department of Labor cooperated with local welfare agencies to select the neediest young men. The Department of War transported the men, supervised them in their barracks, and managed their pay, food and medical care. The Departments of Agriculture and Interior designated the projects and supervised the CCC boys while on the job. The Civilian Conservation Corps became FDR’s most popular Depression era program.

Company 819, Grand Canyon’s first CCC company, arrived May 29, 1933 at the Grand Canyon and continued on the South Rim until the end of the program in July 1942.

The men of Company 819 built the stone wall along the rim between El Tovar Hotel and Bright Angel Lodge, improved the Bright Angel Trail, landscaped the Grand Canyon Village area and, constructed the Community Building.

Other CCC companies established camps on the North Rim, at Desert View, and at the bottom of the canyon near Phantom Ranch.

Many of the CCC enrollees came from Arizona, with significant contingents from Texas and Oklahoma.

During 1933-1936 Company 818 worked on the North Rim during the summer and moved to the canyon bottom for the winter. While camped at the bottom of the canyon, Company 818 completed the Colorado River Trail, the most difficult trail ever constructed at Grand Canyon. During those years, young men in five other CCC companies worked at Grand Canyon --- companies 847, 2543, 2833, 3318 and 4814.

During the 1920s, federal agencies, including the National Park Service, fell behind in providing infrastructure for increased visitation. The CCC helped Grand Canyon and other national parks construct streets and roads, trails, picnic shelters, campgrounds, and telephone lines.

The CCC program ended in 1942, as unemployment ceased to be a problem. The country needed to devote all its manpower and energy to the war effort. Many of the CCC alumni served honorably in all branches of the armed forces.

Nationwide the accomplishments of the Civilian Conservation Corps enrollees can be measured in several ways: more than three billion trees planted, 28,000 miles of trails constructed and 63,000 buildings constructed.

Grand Canyon National Park has created a walking tour brochure to guide those who want to see some of the work of the CCC today.

The CCC walking tour starts at the stairway near Kolb Studio. Crew members completed the stairs leading up from Kolb Studio in 1936.

From the studio, visitors can move west and see major reconstruction that was done on the Bright Angel Trail in 1939. The early trail was only two to three feet wide, and is now much wider. Using pick, shovels, drill and dynamite, the CCC rerouted and reconstructed the trail to its present four to six feet.

During that same time, the CCC completed the rustic rock and timber shelters at 1.5-mile, 3-mile, Indian Garden and Pipe Creek in the canyon.

A plaque commemorating the work on the transcanyon telephone line can be found east of Kolb Studio. The construction began in 1934 as workers strung telephone line on metal poles on the steep cliffs and narrow gullies. The work was completed in the fall of 1935.

The full CCC brochure can be found at https://www.nps.gov/grca/planyourvisit/upload/CCC-Walking-Tour-GRCA.

This article is reprinted with permission from the National Park Service. Editor Wendy Howell contributed to this story.