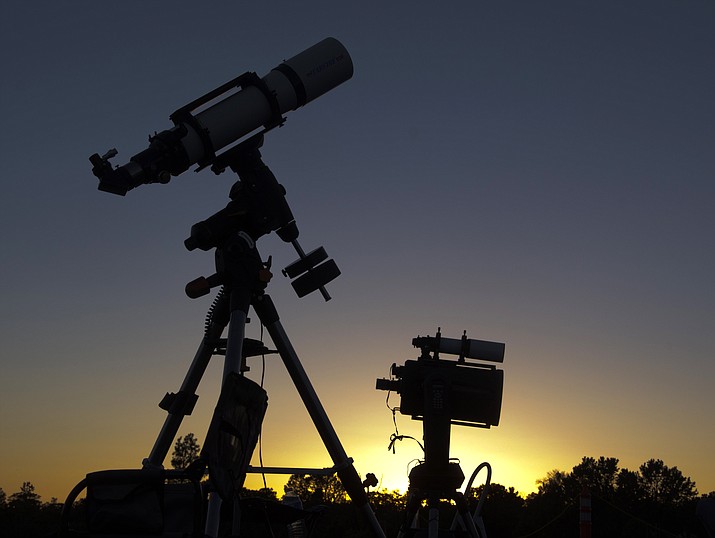 GRAND CANYON, Ariz. – The 31st annual Grand Canyon Star Party will be held virtually June 5-12. The park will bring the wonders of the night sky into the virtual realm through a series of live video premieres on Grand Canyon's official Facebook page.

This year, the event will spotlight on the cultural astronomy of the Grand Canyon region-with speakers who represent some of the eleven traditionally associated tribes of Grand Canyon. Viewers will learn cultural astronomical perspectives from representatives of the Paiute Indian Tribes of Utah, Diné (Navajo Nation), Hopi Tribe, and the Pueblo of Zuni. Additional presentations will focus on the archaeo-astronomy of the ancestral Puebloan peoples of the Grand Canyon region.

Kicking off the Star Party is Aaron Yazzie, mechanical engineer for NASA's Jet Propulsion Laboratory and member of the American Indian Science and Engineering Society. His presentation June 5 will highlight the new Mars rover, Perseverance, his role in its design and the connections between Mars and his native lands on the Navajo Nation.

Following the guest speakers, astronomers will connect video cameras to their telescopes and choose 10-12 celestial objects over the course of 60 to 90 minutes. Join astronomers from across the country as they develop real time astro-photographs of galaxies, nebulae, globular clusters, asterisms and much more.

The complete Grand Canyon Star Party schedule is available on the park's website at http://www.nps.gov/grca/planyourvisit/grand-canyon-star-party.htm

The 2021 Grand Canyon Star Party is hosted by the National Park Service, the Tucson Amateur Astronomy Association, Focus Astronomy, the Society for Cultural Astronomy in the American Southwest and the Grand Canyon Conservancy.

National Parks such as Grand Canyon National Park help protect some of the last remaining dark skies in the country. Grand Canyon was designated as an International Dark Sky Park in 2019. In the coming years, the park plans on making 90 percent of all outdoor lighting dark-sky compliant.