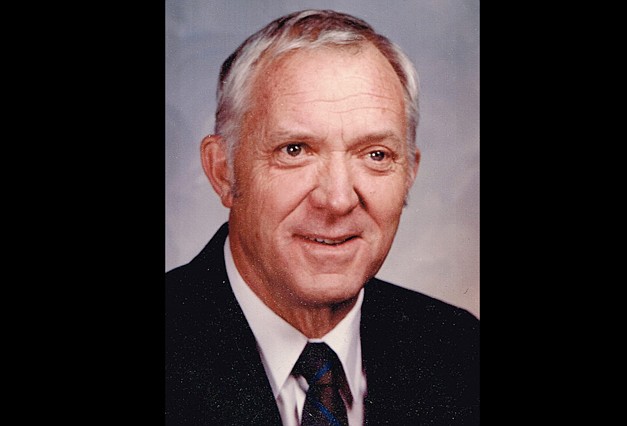 Daniel was born August 30, 1935 to Gilbert and Paula Baertlein in Menomonee Falls, Wisconsin.

Daniel charmed Clara Jean Karrels at a dance, dated her during his military service in the U.S. Army and married her in 1957. He was the first in his family to graduate from college, earning a Civil Engineering degree from Marquette University. He joined the U.S. Forest Service soon after, starting a 33-year career that ultimately brought him to Williams, where he lived for over 50 years.

He shared his love of wild places and hunting with his six children. He designed and directed the family construction of two homes and loved any excuse for a drive in the forest.

A lifelong Catholic, he was active in St. Joseph’s Catholic Church. He was a strong proponent of education, serving as both a member of the Williams School board, and later as a founding member of the Coconino Community College (CCC) Governing Board. He will be remembered for his love of opera, mischievous smile and dislike of kisses – which always caused granddaughters to torture him with smooches.

COVID-19 concerns have compelled the family to hold a private funeral mass at Saint Joseph’s Catholic Church in Williams, followed by interment at the Williams Cemetery.

In lieu of flowers, the family encourages donations to the Alzheimer’s Association at http://act.alz.org and/or to the CCC “Daniel W. and Clara J. Baertlein Scholarship” at https://coconino.edu/foundation-planned-giving.