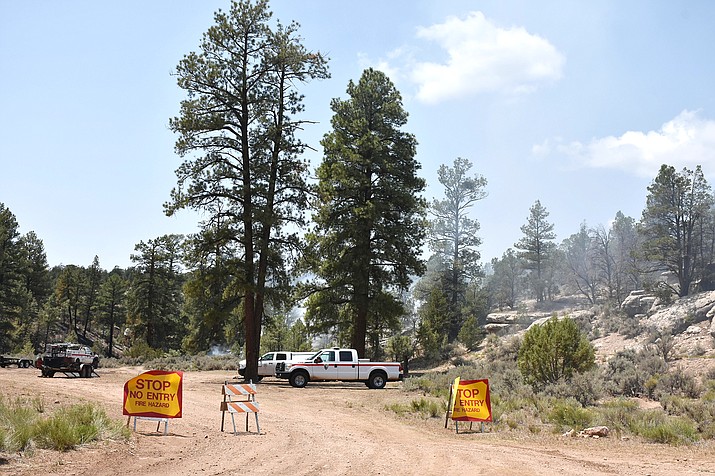 The O’Connell Fire was discovered July 12. It has burned 190 acres and is 95 percent contained. (Photo/Inciweb, Kaibab National Forest)

The fire, started by a lightning strike, was first reported July 12 at 6 a.m.

Firefighters used existing roads for containment lines and let the fire progress naturally as well as engaging it in minimal burning to reduce the dead and down fuels as needed.

A total of 22 wildland firefighters were assigned to the fire including three Type 6 engines and hand crew from Williams.

The fire has burned 190 acres.

Fire personnel warn that monsoonal weather could possibly bring more lightning and precipitation in the coming weeks which could result in other wildland fires.

A Type 4 team remained operational throughout the weekend to monitor the O’ Connell Fire.