One missing after flash flood at Grand Canyon 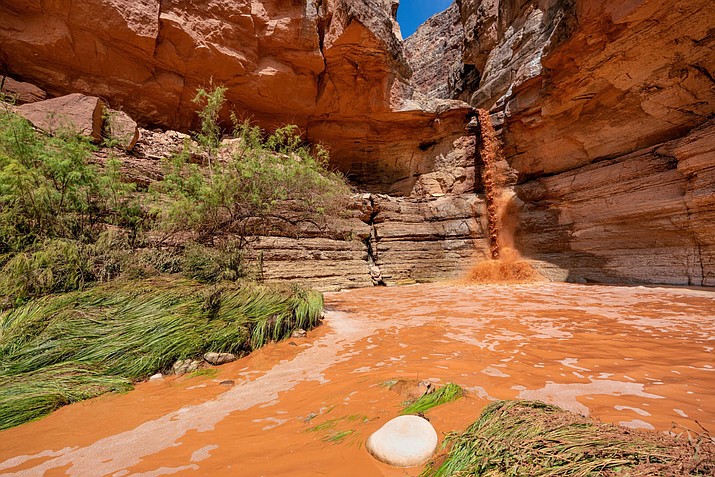 One person is missing after a flash flood in Tatahatso Wash along the Colorado River in Grand Canyon National Park. (Photo/NPS)

GRAND CANYON, Ariz. - One person is missing after a flash flood roared through Tatahatso Wash along the Colorado River in the Grand Canyon July 14.

Grand Canyon National Park rangers initially responded to a report of two missing people and multiple injuries for a group who were on a river rafting trip.

Dispatchers received a call the evening of July 14 from someone on a commercial trip asking for emergency help.

As of 11:40 a.m. July 15, one of the missing individuals had been located with no reported injuries.

Search and rescue efforts are underway to treat and transport injured patients from the Tatahatso area.

No other information on the identities of the missing people was immediately released.

The flash flood hit the river rafters as they were camped at the mouth of a side canyon 38 miles from where the rafts launched at Lee's Ferry.

Flash flooding has swept through Flagstaff for the past three days, with debris and even cars seen floating down makeshift rivers. Residents who live in the shadow of the Museum Fire that burned in 2019 have been preparing for monsoon rains and possible flooding from the fire scar.

According the National Weather Service, 2 to 3 inches of rain has fallen over the past few days at Grand Canyon.

“Flash floods, which have been described as ‘more water than you want in less time than you have,’ are common in northern Arizona,” the park said. “This is because the arid, sparsely vegetated environments found in this area have little capacity to absorb rainfall.

The resulting runoff moves rapidly through the narrow canyons and steep terrain found throughout the region, the park said.

“In many areas, even small storms can turn normally dry streambeds into raging torrents of water in a matter of minutes,” the park said. “Be alert for the possibility of flash flooding anytime that rainfall is forecast.”