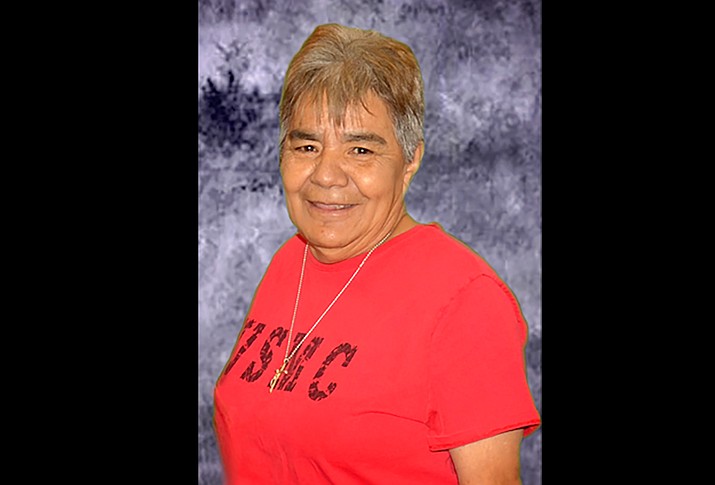 Celia “Sally” Aguilar Lugo passed away peacefully in her sleep after battling pancreatic cancer on Wednesday, July 7, 2021. She was 73 years old.

Sally was born on October 26, 1947 in her grandparents’ home in Williams, Arizona to Ernesto and Celia Lugo. She was the tenth child of twelve brothers and sisters.

Sally attended Williams elementary, middle and high school where she graduated with the class of 1965. After graduating, Sally remained in Williams where she worked in the hotel business. The majority of her working career she worked at the Mountain Side Inn, starting in the laundry room. She eventually moved up to head housekeeper and continued to work at the Mountain Side Inn until 2007.

Sally was known as the disciplinarian of the family. With her strict attitude, family members nick named her “The Warden”. But despite her disciplinary skills, Sally was also a warm hearted person, who was able to make everyone feel loved and special with a home cooked meal. She fed generations of high schoolers for their off campus lunch, since her house was within walking distance. Sally was known to bring her family together every Halloween with her famous fried chicken and green pork chili. Family members looked forward to cold and flu season because they knew that Sally would make and deliver her homemade chicken noodle soup.

Sally was a familiar face that will be missed in Williams. Whether it was on her way to Conoco to buy her lottery scratchers, to chit chat with the bank ladies, to pick on her Safeway pharmacy crew, or to walk down to the bingo hall, she was known as a social butterfly. She was always able to meet a complete stranger and make them feel like an old friend. She was also known for being able to make her family and friends laugh whenever they felt down. The town of Williams just got a little quieter.

Funeral services will be Saturday, July 24, 2021 at St. Joseph’s Catholic Church in Williams, Arizona. Rosary will be at 10 a.m., mass at 10:30 a.m., cemetery service to follow. A pot luck reception will be afterwards at Perkins Meadow, 3.5 miles just before mile marker 181 on Perkinsville Road (only a 5 minute drive).

”A life with love is a life that’s been lived.”