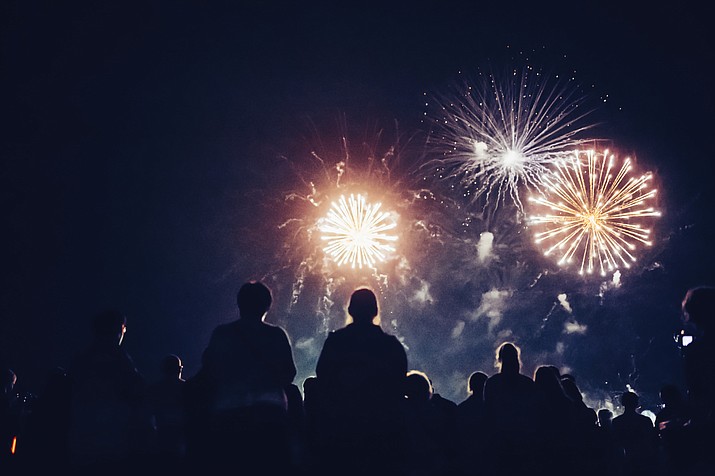 WILLIAMS, Ariz. — After fireworks were canceled for the Fourth of July because of extreme fire conditions, Williams Fire Department has announced a Labor Day weekend fireworks show and celebration.

The event, sponsored by the city of Williams, will take place Sept. 4-5, with a fireworks show planned for Sept. 5.

“We could really turn it into a weekend that brings a lot of people into town,” said Don Mackay, WFD assistant fire chief. “I know its last minute, but if we hit the ground running I think we can pull it off.”

Mackay addressed the Williams City Council at their regular meeting July 8, where several members of the fire department shared the idea.

The fire department had considered hosting the fireworks show on Patriot Day, an unofficial holiday for those who died in the terrorist attacks Sept. 11.

However, Mackay recognized that Patriot Day is an event that won’t regularly occur on a weekend.

“The reason for Labor Day, is that if we pull this off and people really like it, we could actually look at it as an annual event,” he said.

The event is in the early stages of planning, however, the city has begun seeking vendors for event spaces.

Applications are limited and are on a first come basis. The event will feature games, food trucks, crafts and more.

For more information or to submit a vendor application contact Sylvia Lopez at (928) 635-1496.

Williams’ Labor Day celebration to feature fireworks and brew festival
City halts firework show; festivities and parade still on for Fourth of July
Williams Fourth of July to have parade and events; fireworks canceled
Chino Valley cancels Fourth of July event due to fire restrictions
Editorial<br>Too many events missing a ‘how can I help’ gesture<br>
Contact Us
Submit Questions, Comments, or Story Ideas