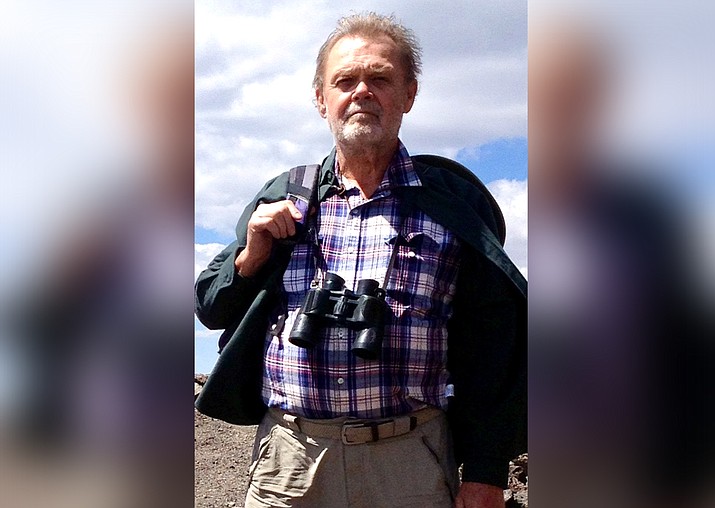 Jim was born in New York and raised in Wheaton, Illinois. Upon high school graduation he enlisted in the Air Force and served at Moody Air Force Base in Valdosta, Georgia. He was a two-way radio repair technician for trainer jets. While in the military he married his high school sweetheart, the former Barbara Nickerson, and their two daughters were born there.

After his honorable discharge from the Air Force he attended the University of Illinois Circle Campus in Chicago majoring in sociology. At the same time he worked as a radio technician, eventually having a long career with Motorola starting as a bench technician and then rising to service center manager and regional troubleshooter. Upon his retirement, he joined his daughter Kim’s technology business in Miami for a few years and then, having had enough of the Florida humidity, he moved out west to enjoy the mountains.

Jim was an avid hiker and lover of dogs, Willow and Millie being the two last dog members of his family. Having owned a plant store in Springfield, Massachusetts with some friends, he was an excellent gardener and at one point had a farm raising not only vegetables but ducks, geese, chickens, and pigs.

In his later years he fell in love with golf and enjoyed learning new ways to improve his game. He was part of a large tennis group in Flagstaff and played as often as he could. He was deeply philosophical and formed discussion groups everywhere he lived, his last being the Socrates group in Flagstaff.

Jim was a reader, a writer, a poet, and a fount of information. He had a wry sense of humor and loved to share a laugh with his friends and family. He will be missed.

He was preceded in death by his parents George and Edna (Hoffman) Cady.

Although there will not be a funeral service, donations to the National Kidney Foundation in Jim’s name are appreciated.