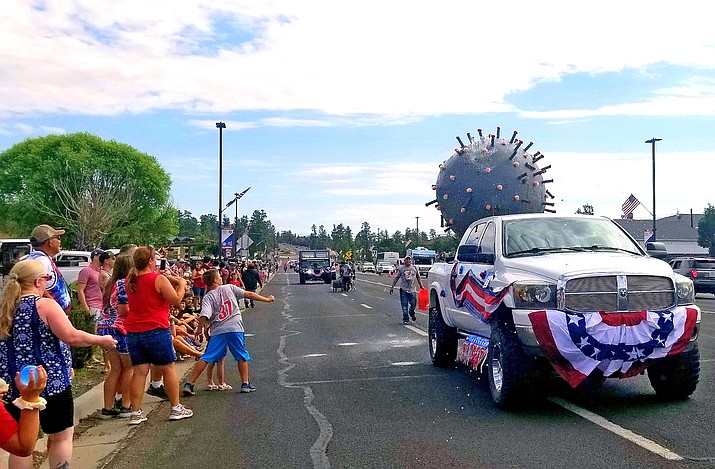 Water balloons are tossed at the coronavirus float during the Tusayan Fourth of July parade. (Lo Frisby/WGCN)

TUSAYAN, Ariz. – On July 4, the community of Tusayan came together to deliver a larger-than-life celebration for locals and visitors alike, as the town also became the first in northern Arizona to host a drone light show in lieu of fireworks.

The day's events, which included children's activities, a parade, live music and more, were organized by the Tusayan Town Council and the South Rim Grand Canyon Chamber and Visitor's Bureau.

After a difficult year because of the coronavirus pandemic, the town stated that it wanted organize a unique event to bring a sense of normalcy and relief to the community and its visitors. 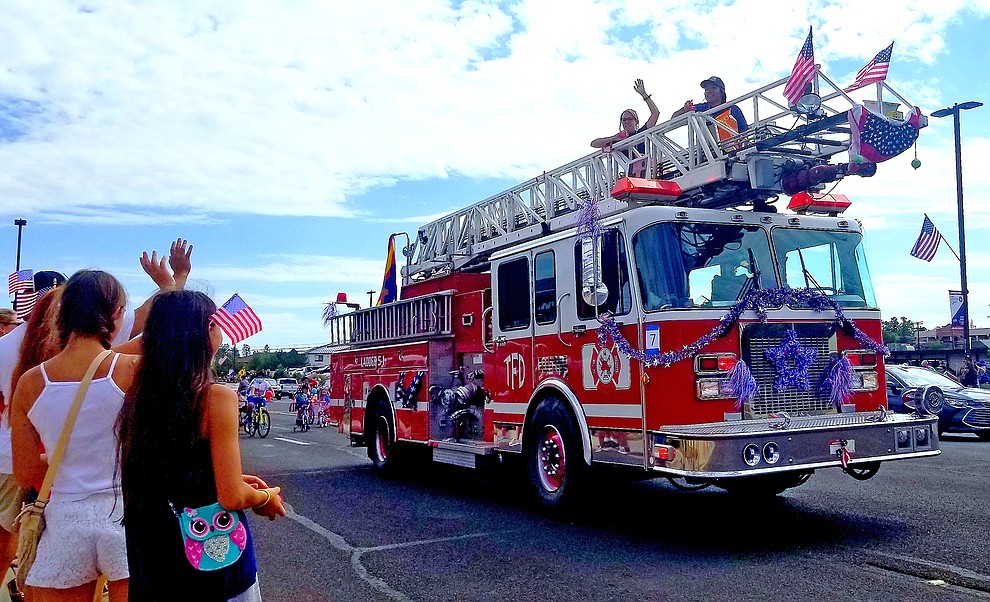 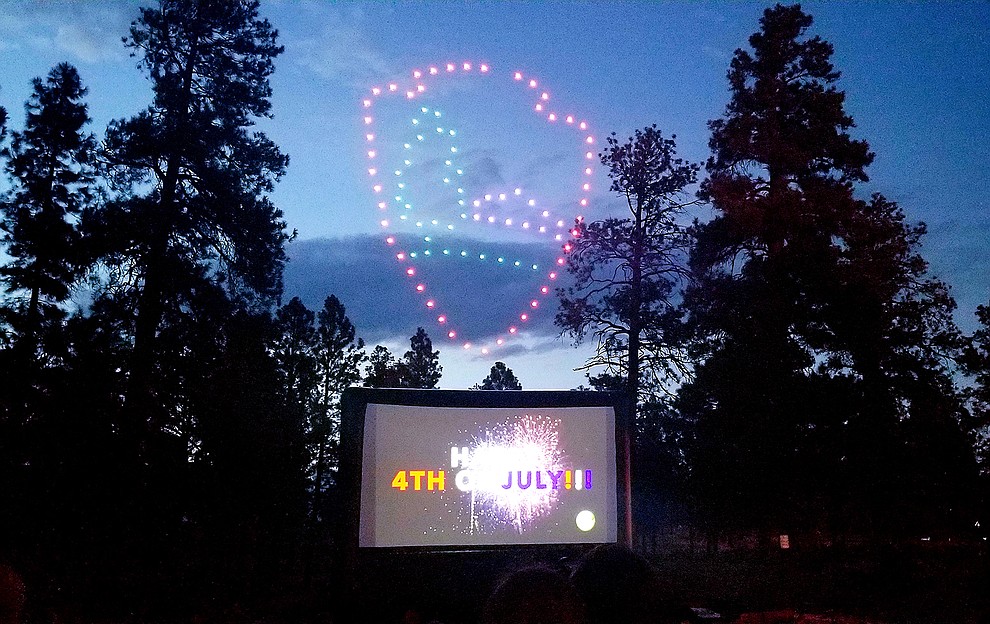 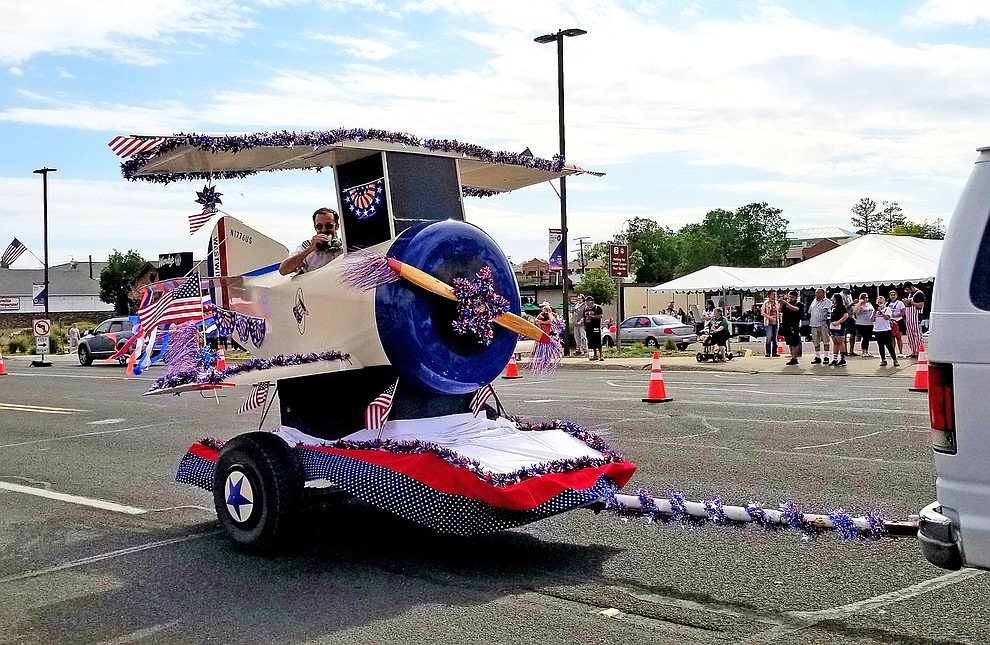 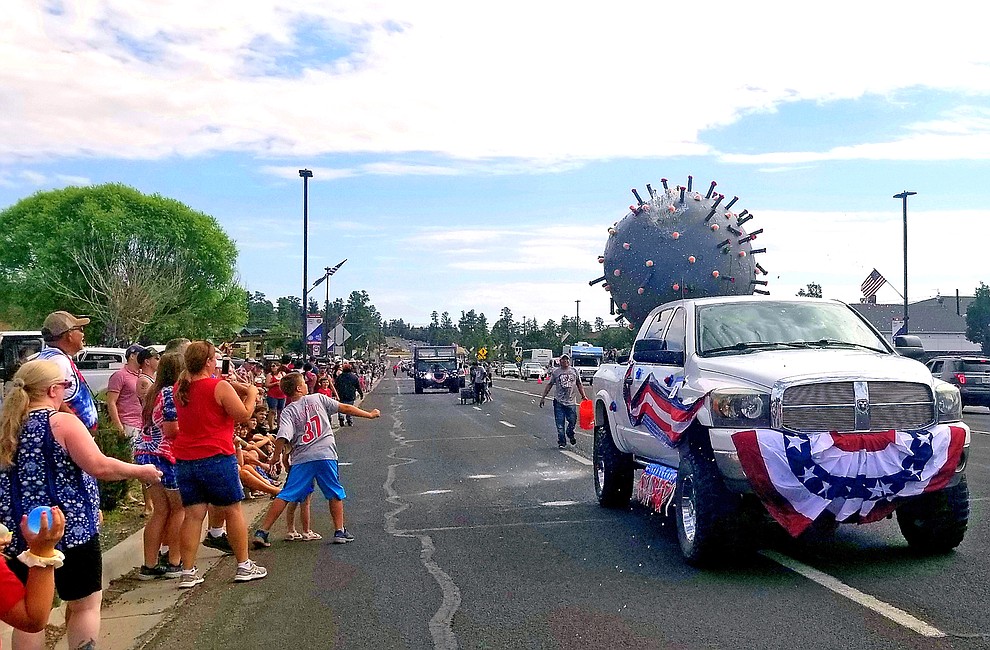 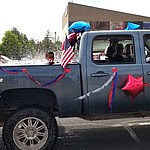 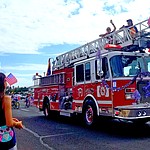 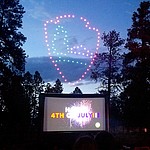 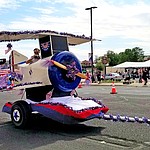 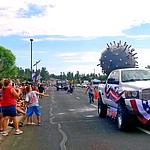 The parade boasted numerous entries, including a gigantic model of the coronavirus, which was pelted with water balloons, which had been distributed among the crowd by members of the community prior to the event.

Beyond the balloons, water played a significant role in the day's events, as children and the young-at-heart blasted one-another with squirt guns.

"Free vaccinations, no insurance required," said one wild-eyed parade member, as he unabashedly soaked bystanders, who seemed to delight in being "inoculated" with an over-sized needle-shaped squirt gun.

As the sun set, a large crowd gathered at the IMAX Theater parking lot to watch 100 drones as they rose into the sky.

The drones, which were pre-programmed by members of Hire UAV Pro out of Denver, hovered hundreds of feet before the crowd, flawlessly morphing from one design to the next.

The featured designs were selected to honor community partners such as the National Park Service and the Tusayan Fire District.

Tusayan Vice Mayor Brady Harris said the town was "very excited" to be partnering with Hire UAV Pro to produce the drone show.

Hire UAV is owned by University of Arizona alumni Graham Hill, who said the event was one of the most unique his company has been a part of, even after eight years of operation.

“What's amazing about it is the town and the National Park Service, the National Forest Service, all coming together to help make this happen,” Hill said.

“It's a big moment for Tusayan,” Harris said. “I hope this displays Tusayan as a leader in the region; we want to be innovative, and on the cutting-edge, and there's no better place than next to the Grand Canyon to display this technology.”