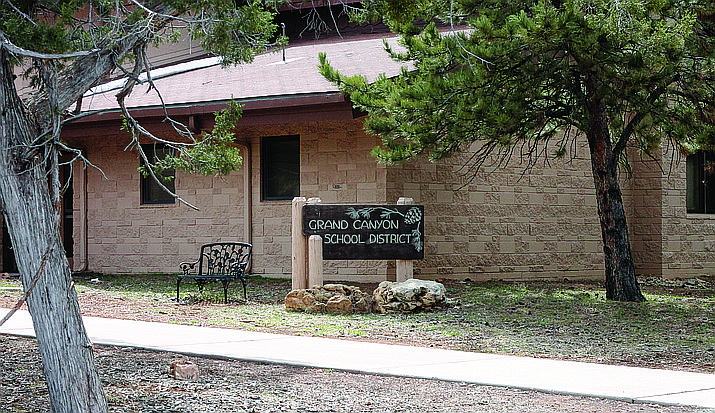 GRAND CANYON, Ariz. — Ten months after switching to distance learning, Grand Canyon Unified School District (GCUSD) is working to find a safe and enriching way to meet its students’ needs. The biggest question is when — and how — to return to in-person instruction.

The GCUSD Governing Board met Jan. 13 for a special meeting to address the school’s COVID-19 reopening plan and discuss the county’s COVID-19 metrics. The Board had tentatively set Feb. 1 as the date for return to in-person classes, but decided to revisit the subject in next week’s regular meeting.

Thomas O’Connor, an administrator at Grand Canyon School and Grand Canyon School Principal Matt Yost presented to the board. O’Connor summarized the board’s decision-making process to this point, going through legislation, guidelines and case numbers since the discussions started in June.

The timeline showed a series of delays and the guidance behind them, against a backdrop of mostly increasing COVID-19 cases. The data showed just two weeks where case numbers were below state benchmarks.

The Arizona Department of Education released guidelines in August 2020 to help schools determine when it would be safe to return to in-person instruction. Schools were provided with three metrics as part of the guidelines: less than 10 cases per 100,000 people, testing resulting in less than five percent positivity, and hospitals having fewer than five percent of patients admitted with symptoms similar to COVID-19. These metrics must be met during the two weeks prior to reopening.

However, O’Connor reminded the Board that Governor Doug Ducey had made it clear that these guidelines “are recommendations, and the actual decision of when to reopen for in-person instruction is left to local school boards,” and it was not advisable to return to in-person classes before they were met.

O’Connor then went through a number of clarifying definitions for a number of commonly used terms related to reopening. These included the specifics of what is meant by various learning models and phrases like acceptable risk and standard of care. He ended by reviewing the district’s current COVID-19 numbers, which are still higher than is recommended for reopening.

As of Jan. 15, Coconino County Health and Human Services reported that the Grand Canyon community had 523 positive COVID-19 cases per 100,000, 12.5 percent positivity test rate with 23.2 percent of hospital patients with COVD-like illnesses. The Grand Canyon area currently has 13 positive cases of COVID-19.

After a short discussion among board members, Yost presented the school’s latest plan for a safe reopening. He showed the board a possible classroom scenario using Peg Lyle’s fifth grade classroom as an example. Lyle’s classroom would follow a detailed schedule for multiple groups of learners.

Yost also presented the results of a recent parent survey. The school received responses from 95 percent of the families in the district. Of those surveyed, 54 percent said they would prefer a hybrid option for the coming semester, and 47 percent said they would be interested in a four-day week of in-person classes. Yost said this was relatively similar across grade levels.

Of those surveyed, approximately 92 percent would be supportive of a staggered start to that reopening.

For those who were interested in continuing distance learning, 49 percent said they expected to continue this model through the end of the school year, and 35 percent were unsure when they would be ready to return to in-person.

At the end of the meeting, the board agreed they needed more time to think through logistics and the information provided at the meeting before coming to a decision. They plan to revisit the reopening plan at the Jan. 20 meeting, and will schedule additional special sessions as needed.