Making retirement a priority: Robynn Eckel calls it a career at the post office 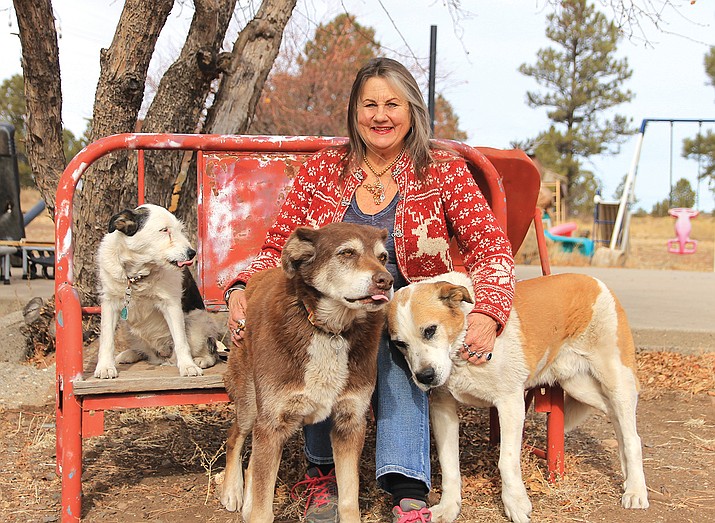 After 42 years, Robynn Eckel has retired from the US Postal Service in Williams. Eckel plans to continue her work with the Save-Meant-to-Rescue animal group and spend time with family and friends. (Wendy Howell/WGCN)

Eckel is well known throughout the Williams community for not only the 42 years she worked behind the Williams Post Office counter, but as a lifelong resident who is deeply invested in the area.

Beginning as a mail carrier on a seven-mile route in 1975, Eckel was a cheerful presence at the Williams Post Office where she silently protested her standard blue uniform with flashy jewelry and happily shared local news while keeping tabs on her beloved community.

“I won’t miss that uniform, but I loved my locals,” she said about her time at the post office. “I would see 50 or more of them. I kept up in their worlds. They will be what I miss the most.”

Although Eckel spent most of her career at the post office, Williams has been her home all her life.

She is the third generation of her family to be born in the old Williams Hospital.

In addition to her work at the post office, many know of Eckel’s passion for rescuing animals and the establishment of Save-Meant-to-Rescue.

Eckel said her passion for animals began as a child while living in downtown Williams where she played in the woods and rode horses with her brothers and sisters.

“We lived up on that hill and would play in the woods forever,” she said. “I would go up behind the high school and feed the feral cats.”

Upon graduation from the Williams High School, Eckel enrolled at Yavapai College to study veterinary medicine. Her dream was to work with exotic animals in Africa.

“That was back when there were just three buildings on a dirt road,” she said. “I went down there with Norma Pearson (Orozco) and Jan Bardwell.”

Eckel said she used student loans to enroll and passed her first semester without any problems.

“I made it through the first semester, but a dog had fallen out of the truck and broke his leg, so I used the second half of my student loan to pay for that dog bill,” she said. “Well that was that, and I couldn’t figure out another way to pay for school.”

Eckel said it wasn’t only the lack of money that kept her from earning a veterinary degree.

“The big picture was that I didn’t have the brain power to get through vet school in a timely manner, and I realized there was no way I was going to leave Williams, Arizona for Africa to take care of the lions,” she laughed.

Eckel’s family has a deep history in Williams — her grandfather was a cowboy for the Perkin’s ranch and her mother was a waitress at Old Smokey’s restaurant.

Her father eventually became a police officer at the Williams Police Department.

“He was a barroom brawler from what I understand,” she said. “And Don Massey was the police chief and told him he spent so much time in the jail, he might as well join the police department.”

Eckel’s mother met her dad at Old Smokey's when he came in to town from working the ranch.

Eckel met her husband Audey at a roping event at Mormon Lake.

“This was before a forest fire burned it all down,” she said. “But cowboys would bring in these canvas teepees, because there weren’t any campers and there would be acres and acres of these teepees with horses tied out front.”

The couple went on to have four children — Shyann, Tell, Jake and Reisa. 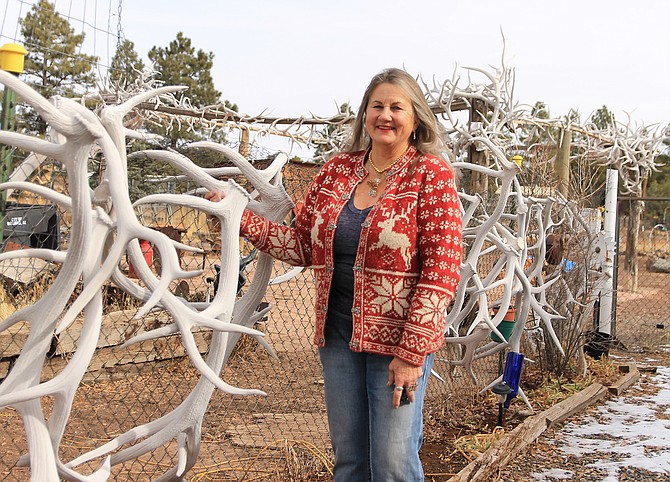 Robynn Eckel is a lifelong resident of Williams. (Wendy Howell/WGCN)

In addition to raising a family, Eckel worked seasonally for the U.S. Forest Service in timber and fire.

She said she was hired by Al Perrault and was one of the first local women to be hired for a field position with the Forest Service.

“The only reason I got hired was because I was bigger than Al,” Eckel joked. “Taller, wider and stronger than Al. He said ‘Alright, we’ll put her out in the field.’”

While working seasonally for the Forest Service, Eckel began working as a part time carrier for the post office.

“I’d come in the morning, sort that mail and run the route downtown,” she said. “Then I would check out at noon and find my Forest Service crew and work with them until five.”

Eventually Eckel became a full time employee at the post office. She said with the help of the community she was able to manage her job and raise her family.

“Barb Parenteau saved me,” she said. “I had to be at work at 6 a.m., so I would load up the kids at 5 a.m. and as they stayed warm in the car I fed all of our animals. Poor old Barb — I would bring the kids to her house and she would wake to find the kids sound asleep on the couches and floor.”

Through the years Eckel said working at the post office became a big part of her life.

“I wasn’t planning to retire yet,” she said. “I was thinking maybe another four years for sure, I liked my people and I’m good at my job.”

But Eckel said she was tired of missing out on other things she enjoyed. She has plans to continue her work with Save-Meant-to-Rescue, but mostly plans to spend time with family and friends.

“September was so beautiful and I had friends who were out doing things and my kids had stuff going on,” she said. “And my brother said ‘We don’t make it pass 85 anymore and when you hit 75, it’s going to be all downhill from there’.”

Eckel said her plans for retirement include spending her days the way she wants.

“I have been running with my kids and grandkids wholeheartedly since November,” she said. “Now when someone calls for lunch, I say, “I’ll meet you there.”