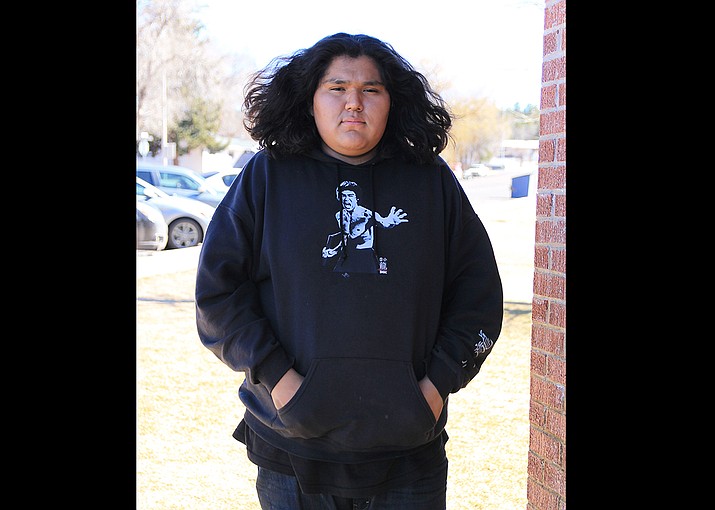 Michael Sanders is a senior at Williams High School. He has attended school in Williams since kindergarten.

Michael is in the National Honor Society.

His favorite classes at the high school were welding and the science classes.

He said Mr. Brownlee, Mrs. Schober and Mrs. Gutshall encouraged him throughout school.

He enjoys relaxing in his spare time.

“I spend so much time with school, I like to calm myself down and relax.”

Michael plans to attend the University of Arizona and live with his sister Mikayla.

His best memories from high school were attending the state championship football games.

“Win or lose I enjoyed watching it, I didn’t care about winning. I liked to go for the experience,” he said.

If he went on a road trip he would take Ben, Jimmy, Steven, Tuna and Hunter with him