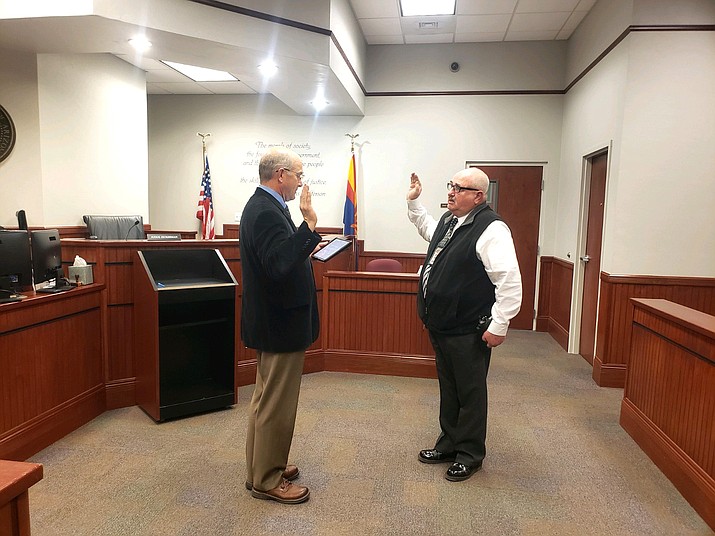 WILLIAMS, Ariz. — After the resignation of Williams Constable Rick Remender in December, the Coconino County Board of Supervisors appointed Greg King as Constable of the Williams precinct Jan. 5.

King has served as a bailiff at the Williams Justice Court for two years. He retired to Williams after a successful career with the Arizona Department of Public Safety.

King has attended the Arizona State Constable Association annual training and has embraced his new responsibilities. Those responsibilities include serving various papers and writs issued by the court, and will take King across the precinct from Williams to Bellemont, Parks, Valle, Grand Canyon, Kaibab Estates West and along the county line near Peach Springs.