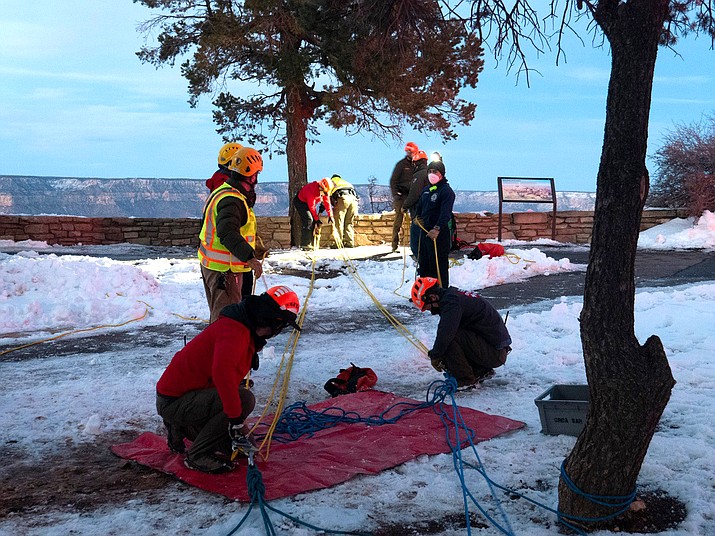 Grand Canyon Law Enforcement and Emergency Service rangers prepare an over-the-rim rescue Jan. 28 after a 35-year-old man from Flagstaff, fell while visiting the South Rim. The man was cited after rangers discovered the man was intoxicated. (Photo/NPS)

GRAND CANYON, Ariz. — Grand Canyon rangers were busy with multiple snow related incidents last week, including the rescue of a man who fell from the South Rim Jan. 28. 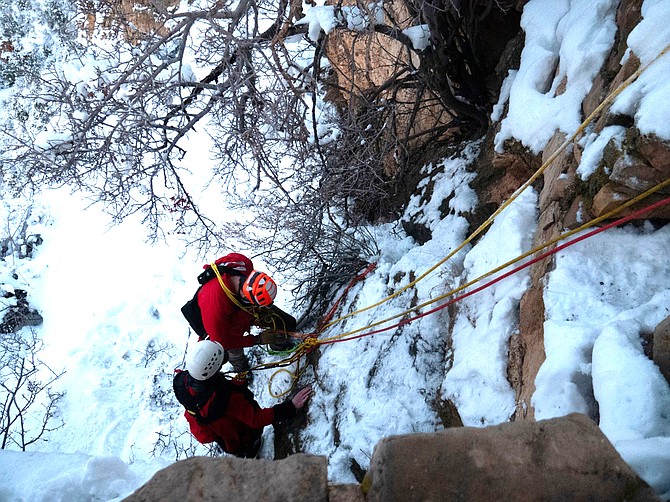 A park ranger secures a rope during a rescue on the South Rim of Grand Canyon National Park Jan. 28. (Photo/NPS)

The 35-year-old Flagstaff man, fell over the rock wall that surrounds the sidewalk near the El Tovar Hotel, stopping approximately 15-20 feet below the rim.

According to the Park Service, responding rangers lowered a rope down to the victim to secure himself while crews rigged for a rescue.

A ranger was then lowered on a second rope and secured the victim. The victim and ranger were then raised to the rim via a mechanical advantage system.

The male was cited for disorderly conduct after investigation revealed that he was intoxicated at the time of the fall. He was uninjured in the incident.