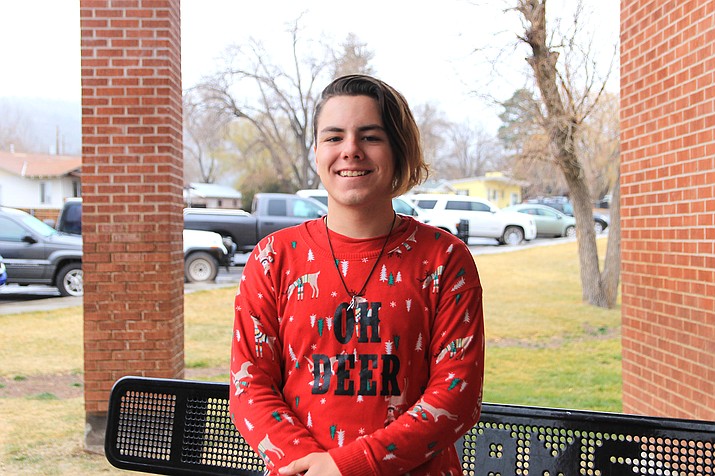 Robert is a senior at Williams High School and has attended school in Williams since seventh grade.

At the high school, Robert played on the soccer team and participated in the mountain bike program.

He also is involved with National Honor Society where he is the treasurer.

Robert’s favorite classes at the high school were history and math.

He said participating in choir with Mrs. Stearns was very memorable for him.

“Mrs. Stearns and Mrs. Schober were the two teachers who got me motivated to get stuff done,” he said.

Robert said his best memories at the high school were participating on the mountain bike team.

“We would go out on the races for the weekend and I got to really know my teammates and learn how to mountain bike,” he said. “I didn’t have to talk to a lot of people, which was nice. I could just ride.”

Outside of school, Robert has worked at Wild West Junction, South Rims Wine and Beer Garden and Safeway.

After graduation, Robert plans to move to Chicago and study video game design, computer science or economics through Northern Arizona University online where he hopes to obtain a Lumberjack Scholarship.