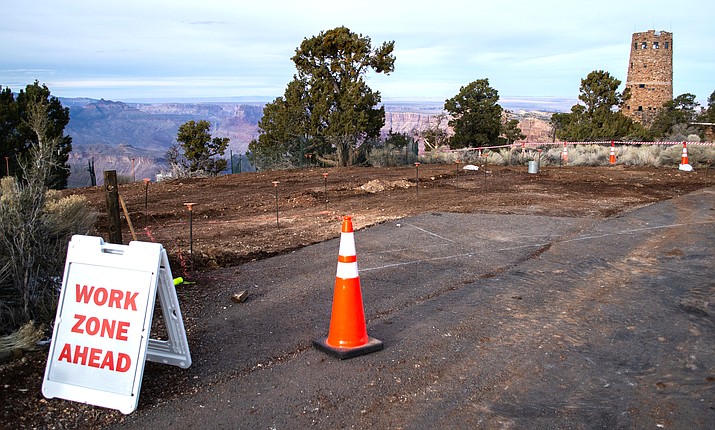 The Desert View Project will take place over the course of several years and will include an amphitheater, new pathways, welcome center and more. (Photos/NPS, D. Pawlak)

GRAND CANYON, Ariz. — The first phase of a major construction project has begun at Desert View has kicked off.

Over the next few years, the area will undergo many changes, including, redesigned paths, a new tribal run welcome center and expanded capabilities for hosting cultural demonstrators.

Currently, an amphitheater on the rim is being built using large rocks from existing paths as its base.

According to the NPS, the Desert View Project has been in development for years and is the result of partnerships between the park, tribal neighbors and the Inter-Tribal Working Group.

“The simple movement of a few rocks signifies that a great and positive change is on the horizon,” the park stated. “When the project is finished, Grand Canyon National Park will be able to more accurately and honestly tell the Indigenous story—a complex history and wonderfully intertwined future—along with the tribal neighbors who call this place home.”