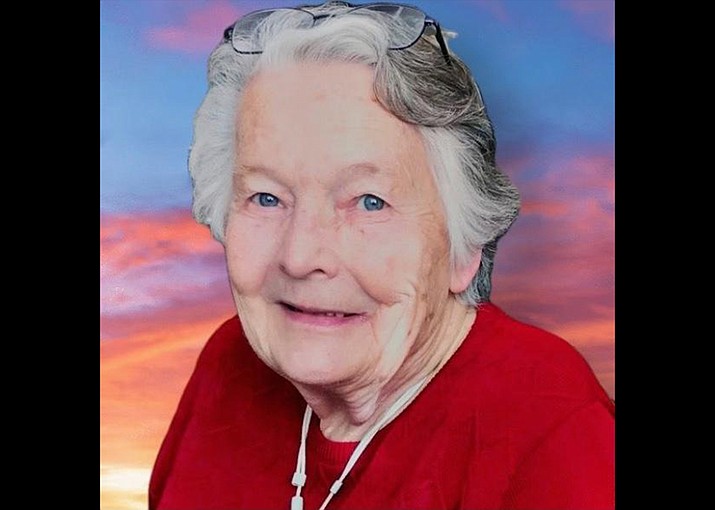 Estelene married Ed Malone on March 29, 1951. They moved to Arizona in 1959. They had three daughters, Valerie, Robin, and Shelley. Estelene spent her days taking care of her family, serving in her church, sewing, and helping Ed with whatever projects they were working on. After Ed’s retirement, Ed and Estelene became pastors and started a church in Ash Fork, AZ. Estelene spent her last years in Prescott, AZ.

Estelene was preceded in death by her parents; sister, Betty; brother, Billy; and her husband, Ed. She is survived by four sisters and two brothers, and by her daughters, Valerie Rodriguez, Robin Cooper (Raymond), and Shelley Malone. She is also survived by her grandchildren, Tangie (Carlos) Zabala, Renee’ (Ricardo) Angulo, Lawrence (Denise) Rodriguez, Amy Zabala, Shannon Zabala, Mariano (Jessica) Zabala, and Lucas Zabala, and 11 great-grandchildren.

Services will be at Canyon Chapel in Williams, AZ and burial will be next to her husband in the Williams Cemetery.