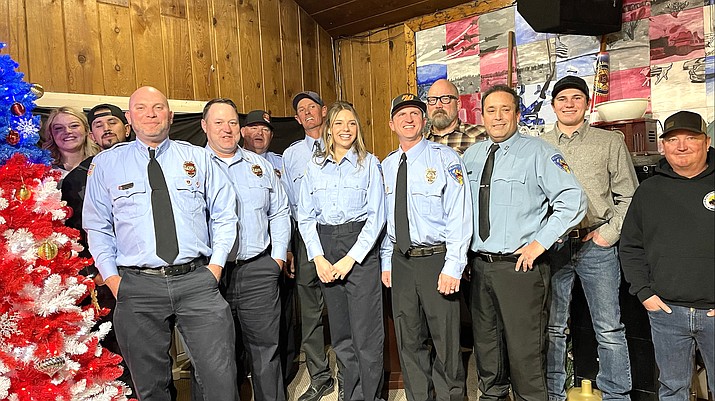 Mackay has served five years at the department and served as assistant chief for three years. For the last 24 years, Mackay has worked full-time for Shamrock Foods as the northern Arizona transportation manager.

Mackay served with Parker Volunteer Fire for 18 years. During his time with Parker Fire, Mackay was a certified rescue diver, training officer and engineer and served as assistant chief and chief.

On Dec. 11, during their annual Christmas party, James and Mackay presented years of service and firefighter of the year awards.

Maebe and Justin Sandoval were recognized for 10 years of service to Williams Fire. Kevin Schulte received a 20-year award and John Wagoner was presented a 35-year award.

Maebe was named 2021 Firefighter of the Year for Williams Fire. Maebe has served 10 years with the department. 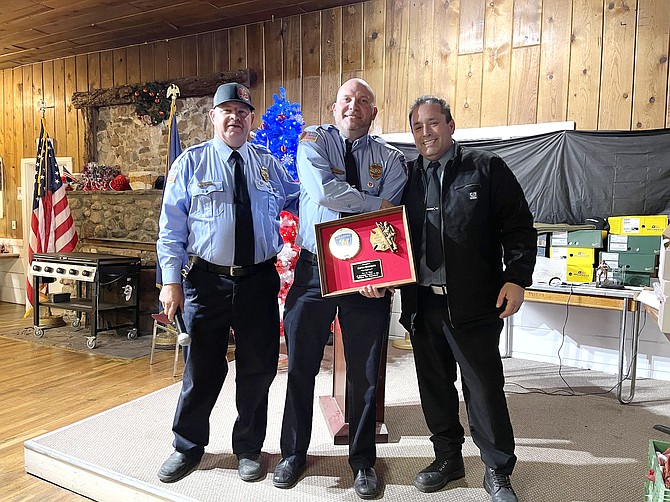 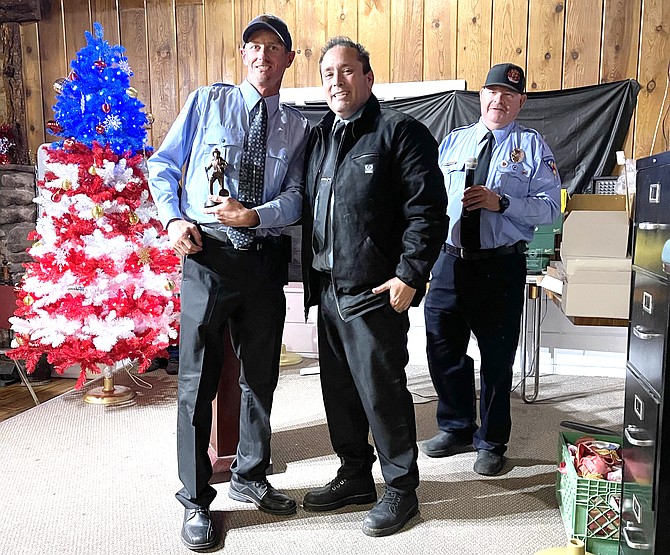 Williams firefighter and captain Cameron Maebe was named 2021 Firefighter of the Year for the department. (Abbigaile Urioste/WGCN)

In his acceptance speech, Maebe recognized Jeff Pettit, who volunteered with Williams Fire for more than 20 years and passed away Aug. 6 from COVID-19.

“The Firefighter of the Year should be Mr. Pettit,” he said. “When we do functions like this and we do all the things that Jeff did, he did a lot, behind the scenes… so, Jeff, thank you for all your years of service and for being in my book, the firefighter of the year."

Williams Volunteer Fire Department was established in 1921. It is an all-volunteer department. The current roster for WFD consists of 21 firefighters and nine support members.

According to National Volunteer Fire Council (NVFC), volunteers comprise 67 percent of firefighters in the U.S. Of the total estimated 1,115,000 firefighters across the country, 745,000 are volunteer.