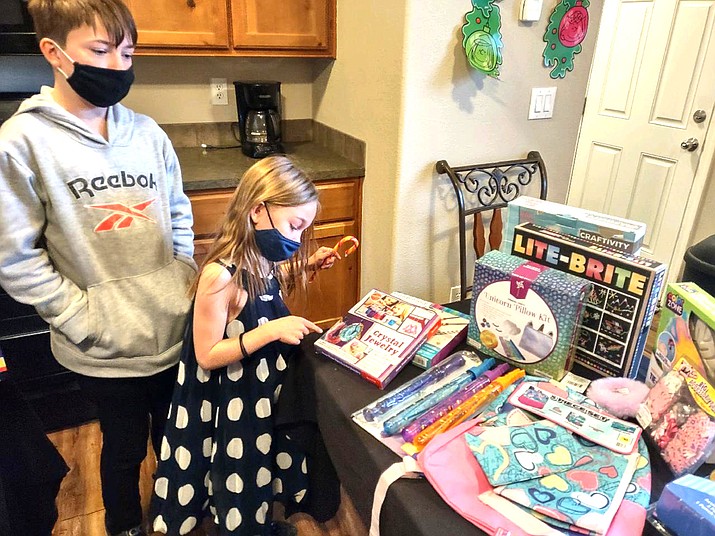 TUSAYAN, Ariz. — Despite the coronavirus pandemic and a 60 percent downturn in revenue, the town of Tusayan made a point of bringing the spirit of the holidays like never before.

With newly-acquired street decorations, a window decorating contest, coloring contest and the first-ever Santa’s Shack (a free “shop” for children’s gifts), the town hopes to bring holiday cheer to the community in a time of uncertainty and loss.

Santa’s Shack will be open by appointment until December 23 via Town Hall.

Gifts have been provided by numerous private donors as well as Deseret Industries.

Masks and gloves will be provided to ensure maximum safety, according to Town Hall.

In addition to Santa’s Shack, the Decorate Tusayan (window decorating) contest and children’s coloring contest will return this year as well.

Information about the contests can be obtained at tusayan-az.gov/events.

Winners will receive prizes, which will be announced by Town Hall on New Year’s Eve.

If Tusayan’s Independence Day drone show earlier this year was any indication, the town’s holiday events are becoming increasingly ambitious.

Case in point: a portable, sustainable ice rink will make its first appearance around Dec. 18.

The rink is made of a synthetic compound that requires no electricity, yet is virtually the same consistency as ice.

Skate rentals will be available on location, which has yet to be announced.

“We are having an amazing time with holiday projects this year,” said Tusayan Town Manager Charlie Hendrix.

According to Hendrix, Santa will make an appearance to commemorate the opening of the ice rink.

In the meantime, according to Town Hall, it’s time to tell Santa why you deserve to win a helicopter ride for 2 over Grand Canyon (provided by Papillon Grand Canyon Helicopter Tours).

Residents may appeal to Santa by dropping a letter into one of the “giant red mailboxes” at Town Hall, or by sending him an email at tusayanoffice@tusayan-az.gov and putting “Letter to Santa” in the subject line.