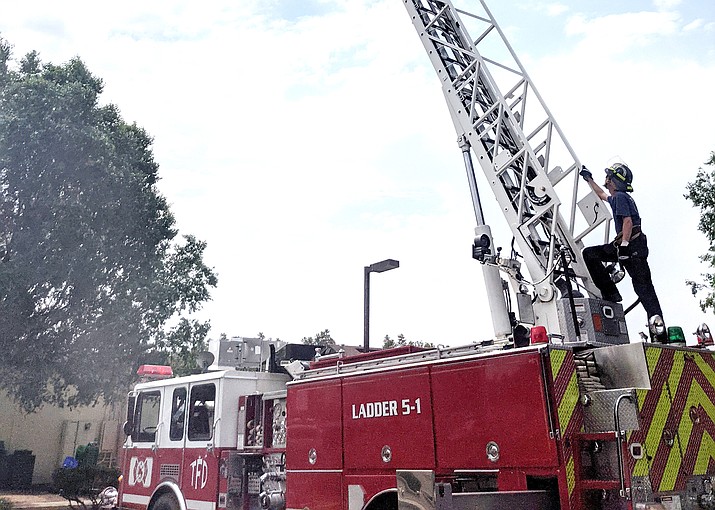 “Most of us feel that this is the greatest job on the planet and we would like to make that obvious to folks when they come in,” said Tusayan Fire Captain Greg Lawrence. “I believe there is more interest in the community than we realize.”

Lawrence, who is in charge of coordinating the academy, said this is an opportunity for potential volunteers to get a taste for what it means to be a part of a fire department.

“They (participants) are going to be asked to do things that are requirements for this job, but it is going to open up their eyes to a lot of things,” he said. “I want to mimic a day in the life at TFD and that’s going to include things like physical fitness, eating together and all of that kind of staff, they’re going to understand what it would really be like to volunteer at TFD.”

After participants complete the academy they should be able to determine if volunteering is something they’re interested in pursuing.

According to Lawrence, TFD traditionally relies on volunteers, although there are currently only a handful on the department.

TFD is a combined fire district, which means they rely on full-time or career firefighters and reserve firefighters as well as volunteers. 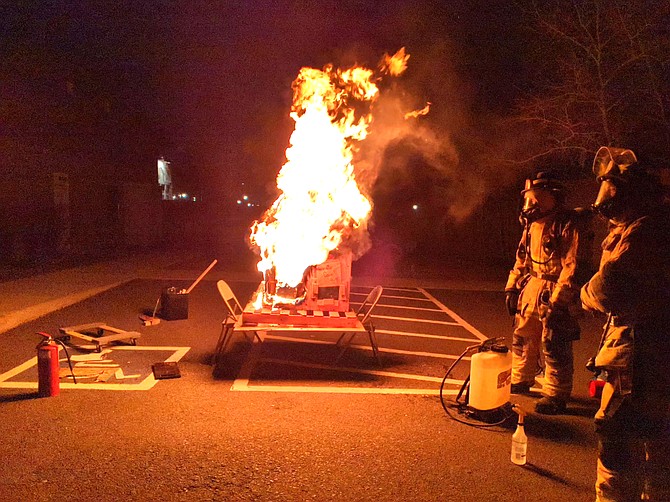 Lawrence said he hopes that by reaching out to the community and offering a volunteer academy the public can understand what TFD has available.

“We are always looking for volunteer firefighters. We have not in recent years had a formal on-boarding process as far as training goes and building that confidence and their competence prior to running calls. It’s been very on the job,” he said. “What we’re trying to do with this volunteer academy is make it very clear what duties they’re going to be fulfilling.”

The academy is an in-house training program and does not count toward a state certification for Fire I and II, which most fire departments require for employment.

“This is a 40-hour academy, it is four Saturdays in a row,” Lawrence said. “They are only going to be shown the things they will be expected to do.”

The academy takes place from 8 a.m.-5 p.m. at Tusayan Fire Department during all four Saturdays in October.

Attendees will participate in hands-on learning as well as classroom instruction.

The academy is open to current TFD volunteers as well as anyone who has an interest in learning more about becoming a volunteer firefighter. 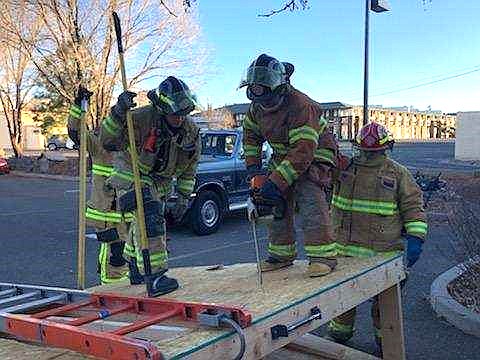 Lawrence said the department would like to have enough dedicated volunteers to supplement the full-time firefighters.

“Too many volunteer applications, post-academy, would be a great problem to have, especially in this area,” he said. “It’s a challenge that we’re more than willing to accept.”

Lawrence said volunteers have historically been utilized by TFD for hose management, laddering, lifting and helping to move patients, among other duties.

“There’s really always a need for another pair of hands,” he said.

As a minimum requirement, volunteers work 12 hours a month at the station and must attend a single training a month.

“We are definitely looking for people who are dedicated, but I think more than that I’m interested in people that are interested in the job,” Lawrence said.

However, he said there is no formula for a perfect volunteer. Instead, the department capitalizes on the skills the volunteers already have.

“I think I would rather utilize what they have rather than have something that I want them to have,” he said. “In the past we’ve had people who are great with woodworking and helping to build props to train on… I would like to play to their strengths.”

Although firefighting is a demanding job, Lawrence said there are no initial physical requirements for volunteers.

“We are going to ask if they have any kind of medical condition that we need to be aware of and account for but there is nothing right now that will take them out,” he said. “They’ll learn on their own and from the instructors what they’re capable of doing.”

Lawrence said it is important for those interested to know there is no commitment to the department by attending the academy. He said upon completion of the academy, anyone interested in volunteering can submit an application.

“They are expected to go through this academy, and if they’re interested and we’re interested, then they’ll be signing an application for TFD,” he said.

The deadline to submit an application for the academy is Sept. 22.

Those interested can scan the QR code on event flyers posted around Tusayan, visit the website at www.tusayanfire.org or contact Captain Greg Lawrence at (928) 864-7537 or greg.tfdgc@outlook.com.